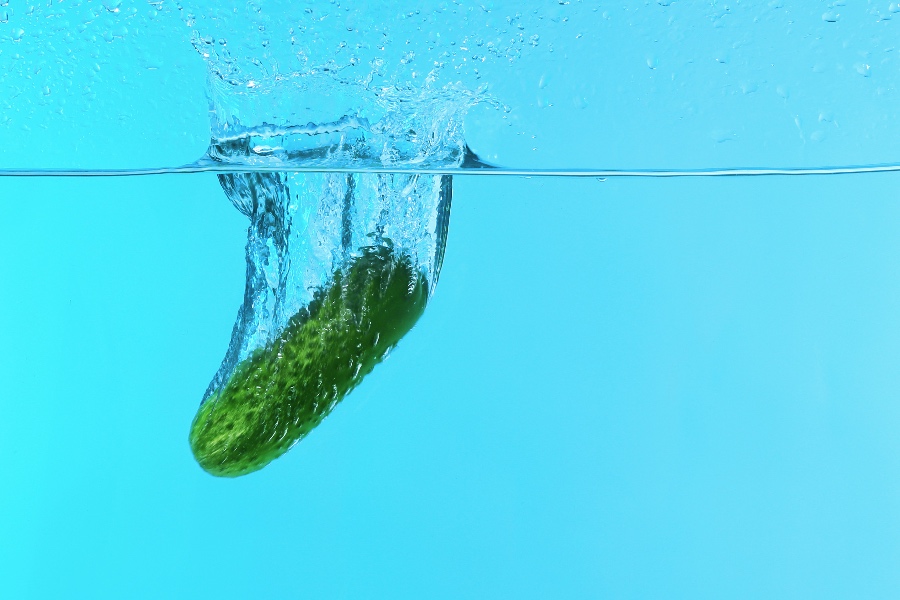 Is Cucumber a cure for hangovers? If you’re asking this question, chances are you’ve heard from someone that it works. But are not sure if it’s true or not.

With so many health fads out there, it’s hard to separate the truth from hangover myths.

In this article, we’re going to take a closer look at whether cucumber can cure hangover symptoms. Firstly we’re going to analyze the nutrients in cucumber that could potentially be of benefit. We’ll also review any research papers on the topic as well.

So, with the introductions out of the way, let’s start taking a closer look at whether cucumber works as a hangover cure.

Whether cucumber is going to work for your hangover or not depends on the nutrients within it.

96% of a cucumber’s weight is water. The other 4% is made up of the nutrients listed below.

Looking at the list we can see that cucumbers are rich in vitamin K and surprisingly contain a decent amount of other vitamins and minerals.

Now that we’ve got the basic nutritional information out the way, let’s see if cucumbers are a hangover cure.

Is cucumber good for hangovers?

To understand whether cucumbers are good for hangovers or not, we first need to go over how alcohol affects your body.

Hangovers are caused by a combination of inflammation, dehydration and poor sleep quality to mention a few.

Alcohol is broken down by your liver to produce acetaldhyde then acetic acid. During periods of over-indulgence, you get a buildup of acetaledhye as this two-step process is pushed into overdrive. Acetaldehyde is a highly reactive substance that reacts with the cells it comes into contact with, which causes inflammation.(1)

Secondly, alcohol is a diuretic which means it makes your kidneys produce more urine. If you’ve had several drinks in a night, this can lead to dehydration.

Finally, alcohol is well-known to disrupt your sleep by preventing you from reaching the deeper stages (also known as REM stage). Uninterrupted sleep is essential to wake up fully rested. Thereofre, sleeping 8 hours after drinking alcohol is not the same as without.(2)

So, for cucumber to be effective as a hangover cure, it’ll need to counteract some of these negative effects of alcohol. Realistically, it’s not going to have any effect on sleep quality. The fact that it’s made up of mostly water may help hydration, but clearly, that can be achieved with drinking a glass of water as well. Other than this, cucumber contains a small number of antioxidant nutrients such as vitamin C. Cucmber is rich in vitamin K, but this is involved in the production of clotting factors in your liver and has no relation to hangovers.

The bottom line: Cucumber is mainly water with a small number of nutrients which are unlikely to cure your hangover.

What does the research say?

The bottom line: There isn’t much research into cucumbers and alcohol or hangovers.

Is cucumber a hangover cure?

When it comes to hangovers, one thing always certain: a real hangover cure doesn’t exist. As we explained earlier, the cause of hangovers is multifactorial and complicated and nothing will truly be able to get rid of your symptoms.

Therefore, you’ve probably already guessed that cucumber is not a hangover cure.

How to use cucumbers for hangovers? 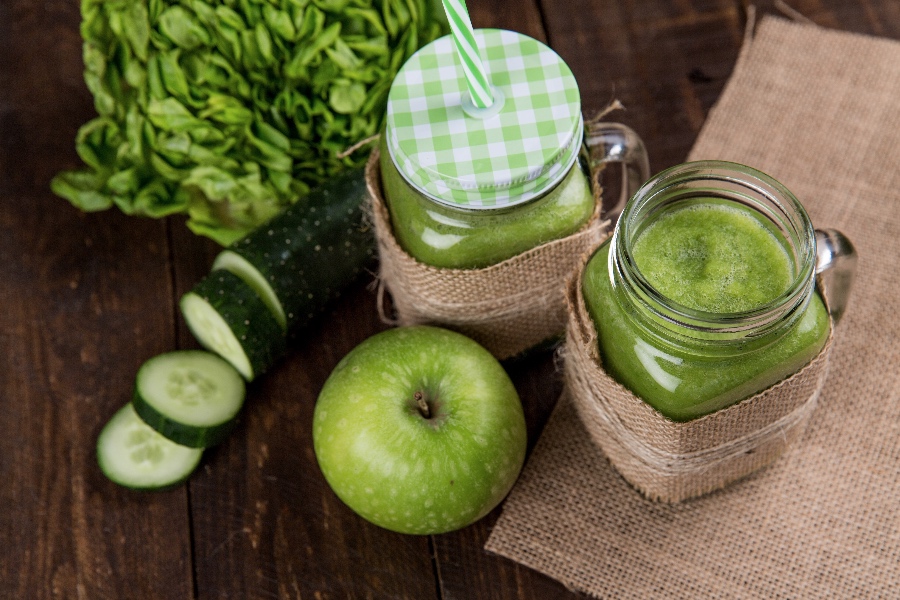 If you feel like you want to try cucumber has a hangover remedy regardless, there are several ways you can do it.

Aside from munching on it at the end of your night out, you could always make your very own cucumber hangover juice.

I know what you’re thinking, sounds gross. But, you can mix it with a variety of ingredients to make it more palatable. For example, blending cucumber with celery, lime juice, and apple juice can make a healthy recipe.

Some fruits and vegetables can unsettle your stomach when hungover. However, it’s not the case with cucumber. Seeing as it’s mainly water, there isn’t much that could go wrong.

Hangovers are a sign from your body that you’ve been drinking too much alcohol for your body to handle. The best way to “cure” a hangover is to prevent them from happening in the first place.

Sticking to the basics by drinking less and at a slower pace, eating before going out and taking regular water breaks on your night out will go a long way in preventing the worst hangovers.

Also, consider sticking to lighter colored drinks that have lower concentrations of congeners.

So, that brings us to the end of our look at cucumbers can cure a hangover.

We’ve walked you through the basic things that you need to know about the causes of a hangover as well as the nutritional value of cucumbers.

Unfortunately, cucumbers are not the magic hangover cure you were hoping they would be. That said, you can always try it to see if it works for you.

If you’re interested in natural hangover remedies, check out our article on, the best teas for a hangover.

Sauna For a Hangover – Does it Help?