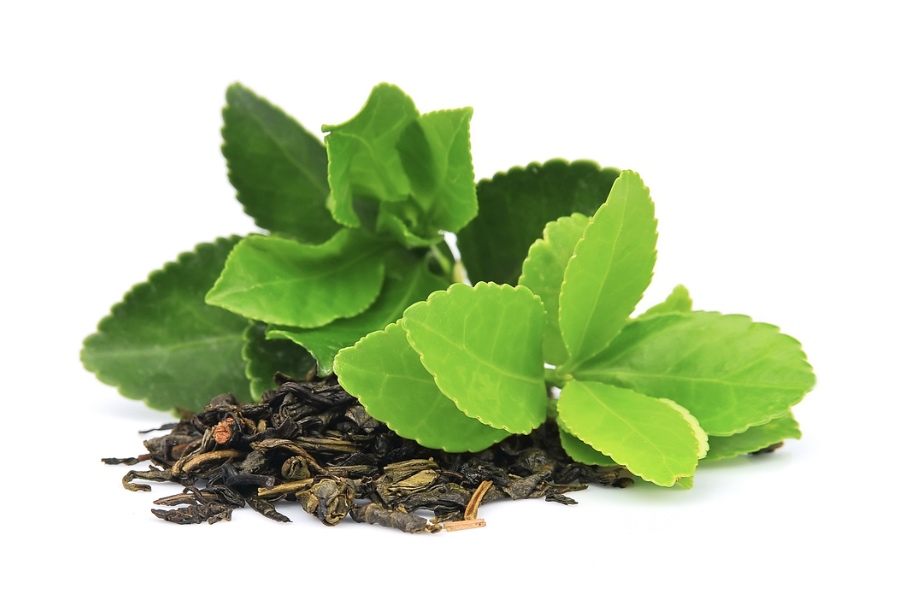 L-Theanine is an amino acid that was discovered in 1950 from a variety of Japanese green tea and since then, it’s grown to be a popular ingredient found in many health supplements. This is because research has shown it promotes relaxation and calm.

As a result, attention has turned to L-Theanine as a potential remedy for hangovers, alcohol withdrawal and liver health to mention a few.

In this article, we’re going to focus on everything to do with L-Theanine and alcohol-based on the available research.

L-Theanine is mainly found in plants and fungi. It’s a “neuroactive” amino acid which means it binds to receptors in your nervous system.

In particular, L-Theanine increases serotonin, dopamine, Gaba and glycine levels in certain areas of your brain. That said, the relationship between L-Theanine and the mind is complex and is still being investigated by scientists.(1)

L- Theanine has mainly been researched with respect to its effect on anxiety, stress, sleep, and focus.  Before we continue, it’s important to mention that most of the research carried out is in its infancy. Therefore, the reported benefits from the research studies cited below should be taken with a pinch of salt.

Several studies have looked into L-Theanine as a stress reliever. For example, one study found that L-Theanine has the potential to increase brain alpha waves.(2)

Alpha waves are thought to promote a sense of calm and relaxation without making you sleepy.

There are studies that have shown that L-Theanine improves sleep duration and quality. More recently, another study showed that taking GABA with L-Theatine works even better.(3)

In 2013 a research group showed that taking L-Theanine and caffeine together improved concentration and focus during a demanding cognitive task.(4)

Overall, the studies into L-Theanine are promising but require more research to confirm its benefits. That said, this early insight into its potential calming properties has prompted many hangover supplements to include it as a key ingredient in their formulations.

Is L-Theanine good for hangovers?

Hangovers are caused by several different factors including dehydration, inflammation and poor sleep. As a result, hangovers are associated with many symptoms such as headache, nausea, muscle aches and anxiety.

When it comes to L-Theanine for hangovers, you’ve probably guessed its mainly used to calm anxious nerves.

Hangover anxiety or “hangxiety” is a real problem for many people. It’s thought to be caused by alcohol’s rebound effect. essentially, alcohol suppresses your nervous system while you continue to drink. Once the alcohol leaves your system as is fully metabolized, your nervous system snaps back into action. This over-stimulation is potentially one of the causes of hangxiety.(5)

We mentioned earlier that scientists are closely looking at L-Theanine as an alternative treatment option for anxiety. Whether L-theanine is good for settling hangover related anxiety has not been proven in studies as yet. So, at the moment, all reports of benefit are anecdotal at best.

Is L-Theanine a hangover cure?

You may or may not see benefit from taking L-Theanine for your hangovers. One things for sure though, it’s not going to cure your hangover.

Is L-Theanine safe to take with alcohol?

L-Theanine does not interact with alcohol metabolism and is safe to take. In fact, some studies have shown that it protects the liver against free-radical damage.(6)

Free-radicals are produced as a by-product of most of the food and drink we consume. When your liver metabolizes alcohol, by-products such as acetaldehyde are produced which wreak havoc on your insides if left unchecked.

Your body has a system of antioxidants that neutralize free radicals before they cause damage. And L-Theanine has been reported to enhance your livers’ antioxidants to help protect against this damage.

Once again, we have to highlight that these studies are small and carried out in mice. Therefore a lot more needs to be done before L-Theanines liver-protecting properties are confirmed.

Is it good for alcohol withdrawal?

At the time of writing, there are no research papers that have looked at L-Theanine as a potential option for alcohol withdrawal symptoms.

With that said, L-Theanine has been researched in morphine withdrawal and shown to be beneficial when given to monkeys and mice that are dependent.(7)

You’ll find many sites that recommend L-Theanine for alcohol withdrawal but this hasn’t been proven. Alcohol withdrawal is a serious medical syndrome and you should seek medical help if you’re planning on stopping drinking. The optimum dosage of L-Theanine

A cup of green tea will contain around 20mg of L-Theanine.

Most of the studies mentioned above use a range of 100 – 400mg. You’ll find the same doses in most reputable supplement brands.

What dose of L-Theanine to take for optimum results hasn’t been defined yet. However, it seems that scientists are recording measurable results from as little as 100mg.

At these doses, it’s also been reported as safe to take. For example, one study gave 250mg a day to its test subjects for 8 weeks and reported no concerns with regards to safety.(8)

Another study gave 400mg for 6 weeks and also reported to adverse events.(9)

L-Theanine has been granted GRAS (generally recognized as safe) status by the Food and Drug Administration (FDA). In general, at the doses mentioned above, it’s regarded as safe to take with a low side effect profile.

Some people have reported headaches, dizziness, and stomach aches after taking L-Theanine.

In general, everyone is different and you should try new supplements with caution regardless of the safety profile. If in doubt, speak to your physician.

So, that brings us to the end of our look at L-Theanine and all things related to alcohol.

We’ve walked you through the basic things you need to know about L-Theanine and whether it has benefits for alcohol withdrawal and hangovers, as well as liver health.

We’ve also explained how much of the research into L-Theanine is in its early stages and, therefore, a lot of the benefits reported haven’t been fully proven as yet. That said, it’s looking like a promising ingredient.

If you’re interested in natural hangover remedies, be sure to check out our article on the: Best vitamins and amino acids for hangovers.