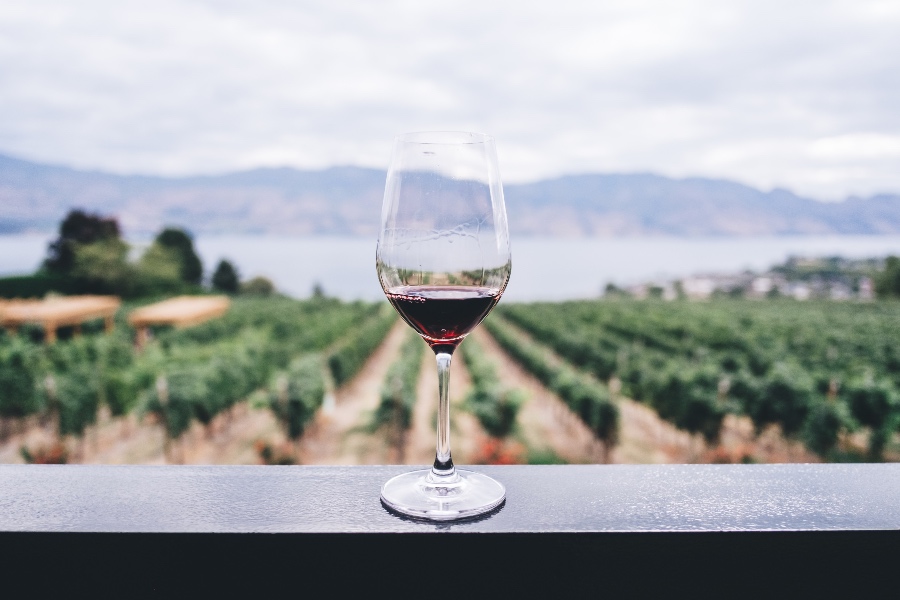 Ever wondered if you’re allergic to wine?

Believe it or not, it does exist and an allergic reaction to wine can happen. Wine is made of several different compounds that make up its rich taste and strong aromas.

And you could be allergic to any one of these compounds.

That being said, a true allergic reaction is pretty rare and you’re much more likely to have an intolerance to wine.

In this article, we are going to go over all the things that could trigger a wine allergy so you can make sense of your symptoms.

Can you be allergic to wine?

If you’re someone who gets bad symptoms after drinking small amounts of wine, it can often be confusing to know whether it’s because you have an allergy or intolerance.

The symptoms of which include:

When this allergic reaction gets out of control and becomes life-threatening, this is called anaphylaxis.

The trouble is, people who have an intolerance to wine also get some of the symptoms of an allergy which is where it gets confusing.

Next up, we’ll look at the differences more closely so you can see which category you fit into.

Allergy vs intolerance to wine

There’s no doubt that it can be very hard to distinguish between whether you have an allergy or intolerance to wine.

However, there are a few simple differences.

The symptoms of an allergic reaction are usually more severe and happen in those who have never or infrequently drink wine.

The common symptoms of an allergy come on quickly and include, itchy skin and hives, swelling of lips and throat, wheeze or difficulty breathing and generally feeling pretty unwell.

Once you’ve had an “allergic reaction” to wine, it’s very unlikely you’ll go back to it.

On the other hand, the symptoms of an intolerance to wine has a more insidious onset. The symptoms may come on more slowly and are not as severe.

That being said, they can still be bad and cause significant discomfort.

If you’re someone who has been drinking wine for years and has always felt that it doesn’t sit quite right with you, it’s much more likely you have an intolerance to it rather than an allergy.

Ultimately, these reactions are caused by specific allergens in wine that trigger this response.

Sulfites
Sulfites are prodded naturally during the alcohol fermentation process and sometimes added to cheaper wines.

They are well-known to trigger allergic reactions and are particularly troublesome in people who have asthma, resulting in breathing difficulties.

Grapes If you have allergies to fruits in the grape family, it could be that your symptoms are triggered by proteins in wine.

Ethanol
Direct allergies to ethanol (aka alcohol) is also a possibility. However, this is pretty rare and you’d have reactions to all types of alcohol and not just wine.

The role of congeners

Pure alcohol is called ethanol. Nothing you drink is ever pure and you wouldn’t want it to be either.

The taste of red and white wine comes from the congeners in it. These are naturally occurring by-products that are formed during the fermentation and aging process.

Congeners in wine can mimic an allergic reaction and can often leave you feeling rough. We’ve listed some of the problematic culprits below.

Tannins
Tannins in red wine give it its characteristic flavor and “mouth feel”. They’ve been found to increase the release of serotonin which is thought to be a cause of headache.

Histamine
Wine naturally contains histamine which is also released from your white blood cells during an allergic reaction. Hence why the symptoms of wine allergy and intolerance can often be very similar.

Histamine typically causes your skin to become flushed with a rash like hives as well as a blocked nose and itchy skin.

In general, reactions to red wine are usually a lot worse than white wine.

The reason is, red wine contains significantly more congeners. Therefore, all the adverse effects associated with histamine, tannins and other congeners are much greater.

Does wine make other allergies worse?

We mentioned type 1 hypersensitivity reactions earlier and how this is what people typically call an “allergic reaction”.

This process is mediated by IgE which is an antibody released from certain types of white blood cell that propagates this process.

Researchers have found that drinking alcohol increases IgE levels. Interestingly, however, they found that this wasn’t linked to making other allergies worse.

Wine isn’t thought to make other allergies worse but as mentioned before, some of the compounds in wine such as histamine can gallery symptoms.

As always, it’s always important to seek advice from your physician to check whether you really are allergic to wine or if it’s just an intolerance.

Symptoms of Asian flush can often be confused with an alcohol allergy. It’s particularly common in people of Asian descent and its caused by a lack of an enzyme that breaks down alcohol called ALDH2.

That being said, people with Asian flush will get bad reactions to any type of alcohol, rather than specifically to wine.

That brings us to the end of our look into wine allergies.

We’ve gone through the differences between wine intolerance and allergy and how they are easily mixed up.

Some of the symptoms can be very similar and if there’s any doubt, avoid drinking wine and speak to your doctor who may order further tests.