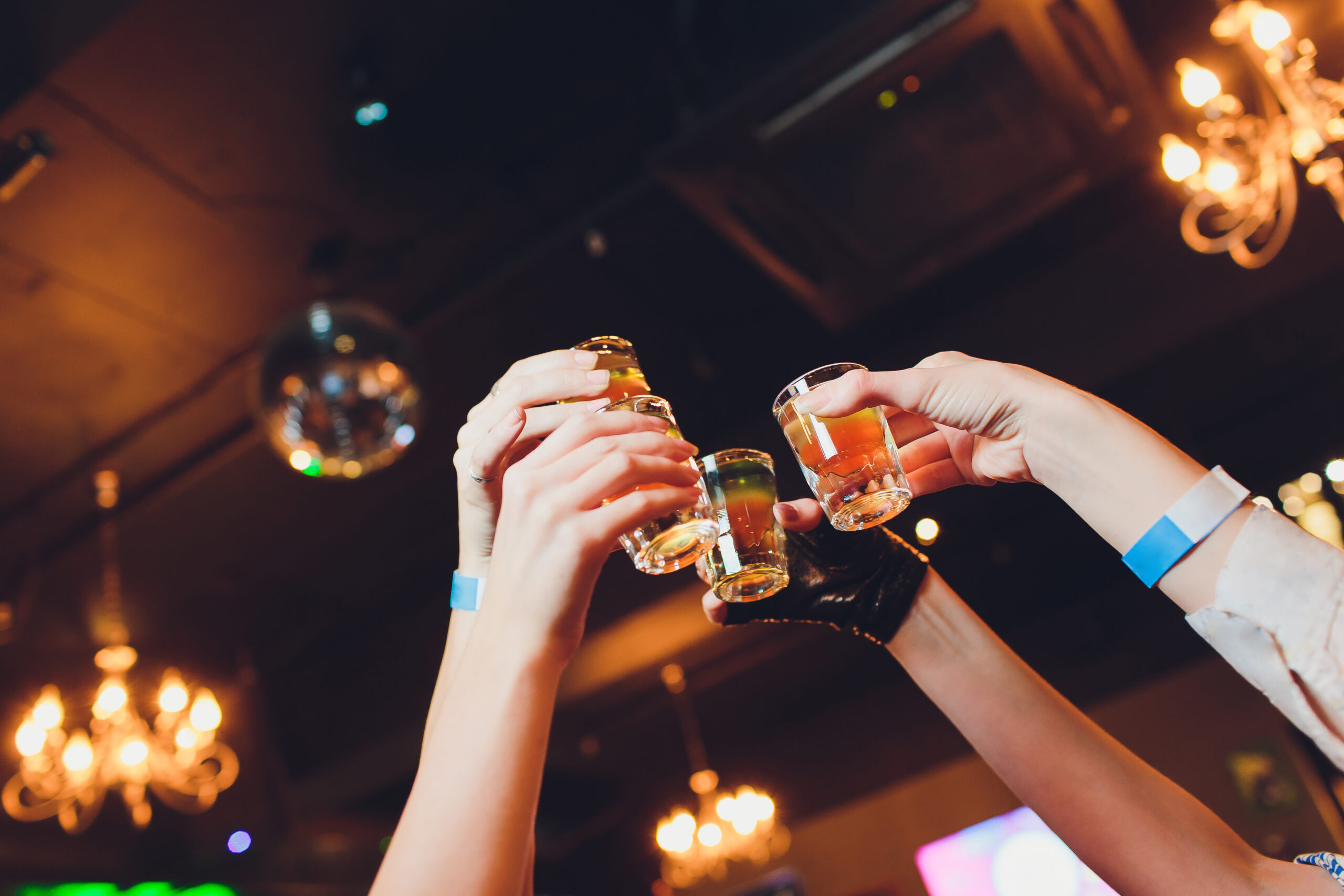 If you drink alcohol, you probably have a hangover remedy that you swear by. We all have a trick we turn to as soon as that headache starts, but do they really work? Before you grab a Bloody Mary at brunch or eat an entire loaf of bread, the truth is most of these remedies are too good to be true. So, let’s look at some of the most popular hangover myths, and why they don’t work.

Beer Before Liquor, Never Been Sicker. Liquor Before Beer, You’re in the Clear

To start, this is probably the most common of the hangover myths heard to avoid a hangover the next day. The saying “beer before liquor, never been sicker, liquor before beer you’re in the clear” is a common mantra among college students.The idea is that if you’re mixing drinks, liquor should be drunk before you switch to beer. If you do it the other way, you’ll be hungover.

Well, that’s definitely not true. In fact, researchers spent time debunking this myth. The study focused on another phrase, “grape or grain but never the twain.” It focused on the consumption of wine versus beer and the hangover the next day.

The study which was published in the American Journal of Clinical Nutrition sampled a group of 80 German students. They were separated into three groups. The first group drank two and a half pints of beer followed by four glasses of white wine. The next group did the same but opposite order, and the third drank either just beer or just wine.

The three groups were studied and asked to rank their hangover the next day. At the end of the study, they found that it didn’t matter whether you drank beer or wine first, the hangover still existed. It also showed with the third group that sticking to one type of drink also made no difference.

Coffee Sobers You Up and Cures a Hangover

Another common myth is that coffee will sober you up. The theory is that if you want your buzz to buzz off all you need to do is sit down and chug some hot coffee. While caffeine will make you alert and more able to focus, it’s not going to do much for your sobriety. Or your hangover.

There is much research behind the relationship between alcohol and caffeine. The Centers for Disease Control and Prevention states that when alcohol is mixed with caffeine, it only masks the effects of alcohol. It has no effect on the metabolism of alcohol in the body, so drinking coffee isn’t going to help you avoid a hangover.

Hair of the Dog

The ‘Hair of the Dog’ is another classic hangover cure myth. With this one, you curb your hangover by drinking more alcohol in the morning. Think of Bloody Mary’s and Mimosas at brunch. If you start drinking again, you’ll never be hungover, right? Not exactly.

Drinking again in the morning may hide your symptoms, but all you’re doing is putting off the inevitable hangover. You can learn more about why Hair of the Dog doesn’t work here.

When you get home and your head is spinning, some people may tell you to grab a loaf of bread. While having a meal in your stomach while you’re out will slow down how fast alcohol is absorbed into your bloodstream, bread is not going to be the sponge you wish it to be. Your best bet is to eat a meal BEFORE you go out that’s high in fats and proteins.

Sleep Will Sober You Up

If you wake up with a splitting headache, the last thing you want to do is hop out of bed. While sleeping all day with Netflix on in the background sounds like a dream come true, it may not be the best idea.

Sleep itself isn’t going to sober you up, but time will. Your liver metabolizes alcohol at around 1 drink per hour, however this depends on your height, age, weight and other factors. So, even if you’re sleeping for several hours after a night out, your body may need more time to continue processing the alcohol. This is also why you may still feel slightly drunk when you wake up in the morning.

You Can Stop a Hangover With Pain Relievers

The first thing you’ll want to do when you feel the hangover coming on is reach for the aspirin. This could potentially work in the short term, but remember that hangover symptoms are typically caused by inflammation in the body. A pain reliever like aspirin isn’t going to do much for you in that department.

It also may be tempting to take aspirin before bed, chug a huge glass of water and hope for the best. The other thing to consider is that aspirin can be damaging to your liver. You’re already putting your liver into overdrive by drinking alcohol, so maybe give it a break and avoid the pain relievers.

Vomiting Will Solve Your Hangover

One of the most common symptoms of a hangover is nausea. So, naturally, you’ll probably want to throw up. Some people swear by forcing themselves to throw up to avoid a hangover, as they think it will get the alcohol out of your system before it’s done any damage.

Not only is this method unsafe, it’s counterproductive. Throwing up is going to remove all of the food and other fluids you’ve eaten during the night. The alcohol has already dissolved into your bloodstream, so all you’re going to do is dehydrate yourself even more.

You’ve probably heard that working up a sweat can help get rid of your hangover symptoms. What to remember here is that alcohol is a diuretic, so you’re already losing a lot of fluids. Being in a state of dehydration, working out or hitting the sauna could make your hangover worse.

Working out hungover is also dangerous because you are going to be more clumsy, and could be dealing with brain fog. It’s more likely that you’ll get injured trying to workout in this state than if you weren’t hungover. To play it safe, it’s best to avoid the gym.

How many times have you heard that a cheeseburger will cure your hangover? Eating a nutritious meal before drinking will help you slow down alcohol absorption, but skip the fast food delivery in the morning. A heavy meal could make your nausea and overall hangover worse.

Clear Alcohol Won’t Give You a Hangover

While this myth stems from actual truth, we again stress that the only way to avoid a hangover is to not drink at all. The idea behind this one is that clear liquors such as vodka are less likely to give you a hangover than a darker liquor like whiskey.

This theory comes from the true idea that alcohol with a higher amount of congeners will make hangover symptoms more intense. Darker liquors such as bourbon and rum are high in congeners, which are linked to hangover symptoms. Clear liquors such as vodka have a lower amount, so you may experience less severe symptoms, but you will still have them.

To sum it up, there are tons of hangover cure myths floating around out there. If you’re a big drinker, it’s important to keep yourself informed on what does and doesn’t work. Not only for the sake of your hangover, but for your overall health. As always, drink responsibly and have fun!