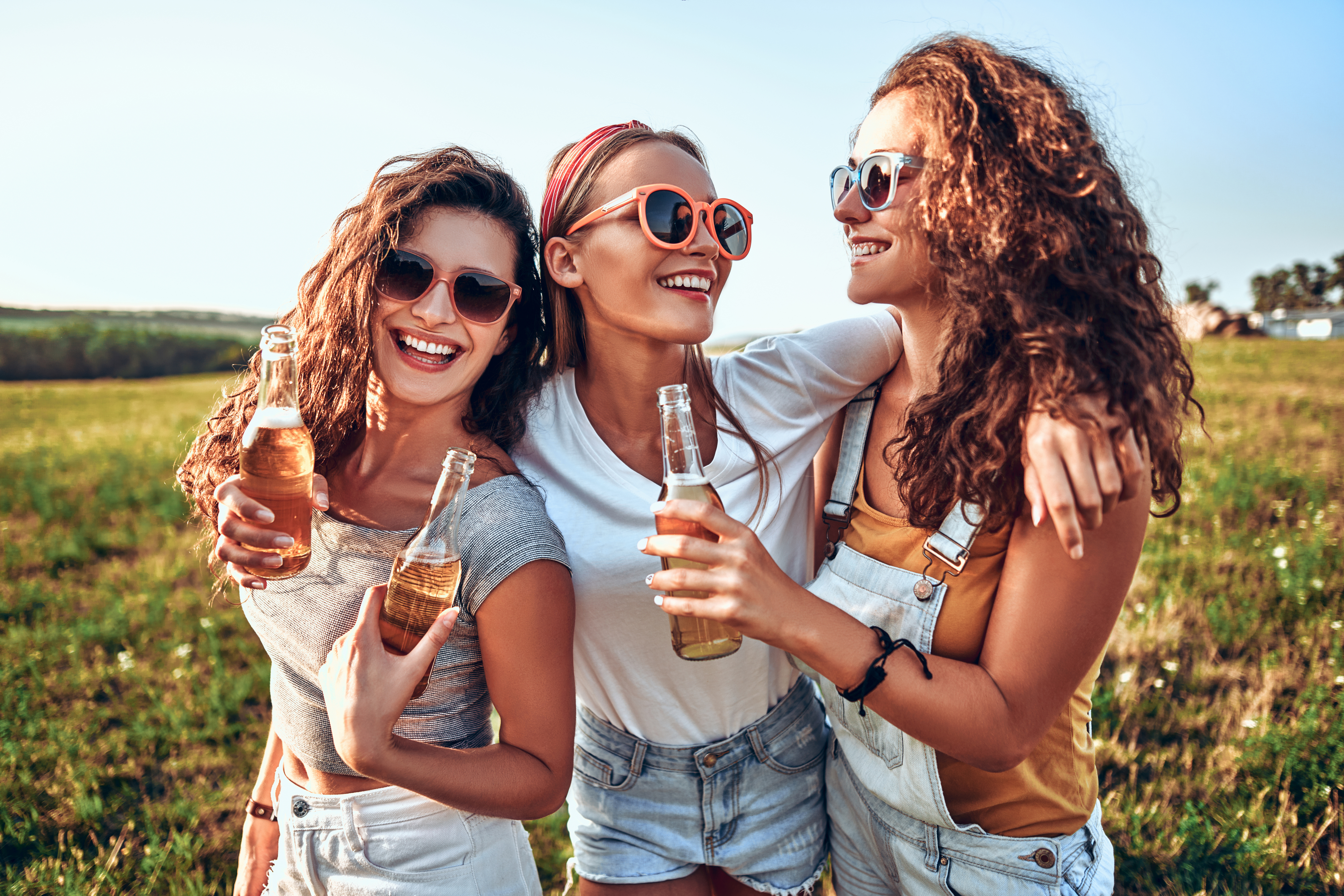 It’s happening again. Your coworkers want to go out on Friday, and there’s a corporate tab. That means you’ll be drinking alcohol. You’re already dreading waking up Saturday and skipping the farmer’s market to lay on the couch. Before you doom yourself, we’re here to help!

When you’re going out drinking, a hangover is typically unavoidable. You can, however, take precautions to lessen your symptoms the next day. No, we don’t mean hair of the dog at brunch the next morning. In fact, drinking the morning after can make everything worse.

We’ve put together a list of tips and tricks based on science that will help you prepare for a night of cocktails. So, let’s get into it.

Why Does Drinking Alcohol Cause a Hangover?

First, you need to know how alcohol is going to affect the body before you can fix it. Knowing the in’s and out’s of a hangover will prepare you for avoiding one.

When you consume alcohol, it’s absorbed into your bloodstream. Typically, this happens within 90 seconds. When you drink higher ABV drinks, this can happen faster. That’s why when you take a shot you’ll feel it quicker than when you chug a low ABV beer.

As you ingest alcohol, your body starts to break it down in the liver. The liver metabolizes around 90 percent of the alcohol you drink. Along with your liver, your kidneys go into overdrive if you drink too much. The entire body works together to get alcohol out of your system as fast as you’re putting it in.

The average human body can metabolize alcohol at around one drink per hour. So, if you’re out all night throwing them back, you’re going to have more than your body can handle. This is going to result in those nasty hangover symptoms the next day which include:

This is the one everyone seems to know. Alcohol is a notorious diuretic, which means you’re going to lose more water than usual. You have likely heard someone say they are “breaking the seal” when they go to the bathroom the first time during a night out. That’s because they’re going to continue peeing and losing water, which can make you feel worse the next day.

If you’ve ever woken up only a few hours after you went to bed when you’re hungover, you’re not alone. When you drink alcohol, you won’t be able to achieve the REM stage of sleep. REM is essential for you to actually feel rested. You’ll wake up feeling tired along with you other hangover-related symptoms.

Preparing for a Night of Drinking Alcohol

It’s probably safe to say that nobody wants to deal with a hangover. The only way to truly avoid one is to not drink, but there are plenty of ways to lessen the severity of symptoms. Follow these tips so you don’t have to cancel Saturday brunch after Friday night plans.

Drinking on an empty stomach is going to make alcohol hit your bloodstream faster. This is not good for several reasons. It’s going to take a toll on your stomach and likely result in you hugging the toilet in the morning. When alcohol absorbs into your bloodstream quickly, you’ll also feel drunk before you realize it.

If dinner isn’t in the evening plans, be sure to eat a solid meal before heading out. This will lower the rate that alcohol is absorbed into your bloodstream and help you avoid bad hangover symptoms.

One of the best things you can do for yourself before a night of drinking is to hydrate. Start your day with a good amount of water, and don’t forget about it when you’re out! A good rule of thumb is to drink a glass of water between every alcoholic drink you have.

To kick it up a notch, carry rehydration packets with you. They are tiny and perfect to put in your purse. Rehydration mixes typically contain sodium, sugar and potassium to help you hydrate faster than with just water. They also taste pretty good, so they’ll be a nice alternative between cocktails.

You should also make sure you have water and rehydration packets set up for yourself in the morning. Your hangover will appreciate it.

When it comes to battling a hangover, antioxidants are your best friend. Taking vitamins and supplements that have antioxidants will make your body stronger against the dreaded hangover.  If you want to add supplements to your hangover arsenal, try these out:

Keep in mind that while these have been researched, vitamins and supplements are not intended to be a cure for hangovers. They are only meant to provide some relief.  If you have underlying medical conditions, always consult with your doctor before adding new supplements to your routine.

As we mentioned earlier, hangovers can be caused by inflammation in the body. So when you feel that hangover headache coming on, don’t reach for the Tylenol. Acetaminophen is a pain reliever, but not anti-inflammatory.

Instead, you should take ibuprofen. Ibuprofen is an anti-inflammatory and will be way more helpful in relieving hangover symptoms. As with vitamins, always proceed with caution and talk to your medical provider if you have health conditions.

Get an Eye Mask

Let’s face it. If you’re out on the town, you probably aren’t coming home early. You might even be racing the sun to get home. The problem is that sunlight can interfere with getting enough sleep to combat your hangover. A sleeping eye mask is an easy solution to this issue! You can get them anywhere, and it will block out the sun so you can snooze away as long as you want.

Make sure you leave it on the pillow so your drunk self won’t forget!

What to Avoid When Out Drinking Alcohol

Once you’ve done preparation for the night, there are things you can do while you’re out too!

Stay Away From Shots

If you want to avoid a hangover, stay away from shots. Yes, they are fun and delicious, but they are dangerous! They will absorb into your bloodstream much faster than if you slowly sip a cocktail. Avoid, avoid, avoid.

A vodka RedBull may sound like the perfect pick me up at happy hour, but mixing caffeine with alcohol is a recipe for disaster. It’s also a diuretic, so combining it with alcohol will keep you in the bathroom all night. Not to mention you’ll be extremely dehydrated.

Yes, the color of your drink matters! Darker liquors and beers are high in congeners, which are a byproduct of the fermentation process and have been linked to hangover symptoms. So if you want to avoid a hangover, reach for the vodka and soda instead of the rum and Coke.

The bottom line is that hangovers are no fun. The only way to avoid them entirely is to not drink, but there are ways to lessen the symptoms. As always, be safe, drink responsibly and have fun!

Liquid IV for Hangovers – Does It Work?