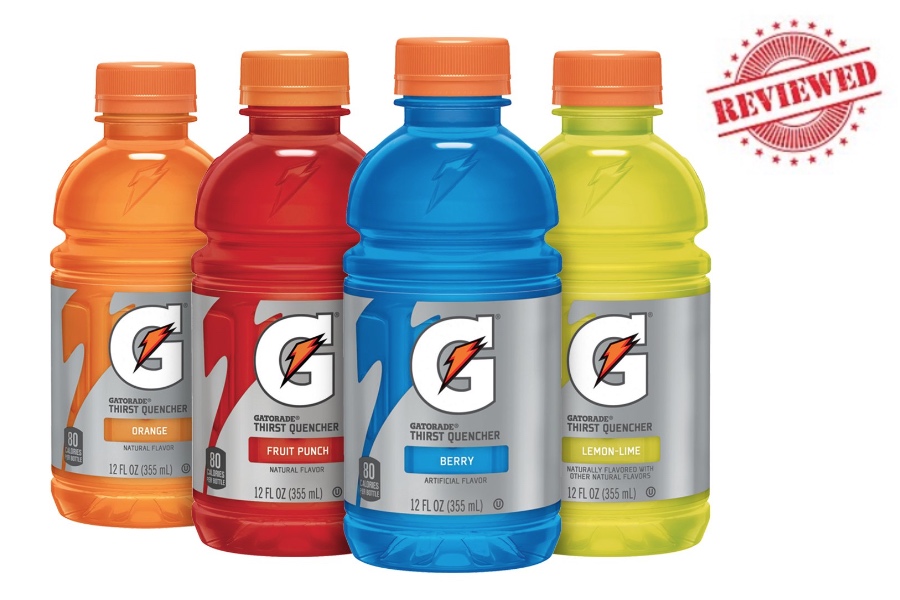 Is Gatorade good for hangovers? If you’ve landed on this page, chances are you’ve woken up with a hangover and hoping Gatorade will cure some of your symptoms.

You know that drinking water helps, but it doesn’t work well enough.

We all know Gatorade is a sports drink that’s been designed to aid rehydration. You may also know that dehydration is one of the main causes of a hangover.

So, does this mean Gatorade could work as a hangover cure?

In this article, we’re going to take a closer look at Gatorade for hangovers. Firstly, we’ll look at what Gatorade is made of, and then see whether the nutrients in it are beneficial for a hangover.

Causes of a Hangover

Before we get into Gatorade’s benefits for a hangover, we first need to go over the causes of a hangover.

We mentioned that dehydration is one of the main causes of a hangover. The reason is, alcohol is a diuretic which means it makes you lose water. It does this by blocking the release of a hormone from your pituitary gland called ADH. That means, although you’re drinking fluid with each alcoholic drink, you actually end up losing more water overall. (1)

Another important cause of a hangover is inflammation. Your liver metabolizes alcohol and it’s toxic by-products so that it’s cleared from your bloodstream safely. If you’re drinking at a faster rate than what your liver can process, you get a buildup of these toxic by-products. The main one being acetaldehyde which reacts with your cells causing inflammation.(2)

Other causes of a hangover include sleep deprivation and congeners in alcohol.

The bottom line: There are many causes of a hangover and the symptoms people experience are from a combination of the above-mentioned factors.

To see whether Gatorade is good for hangovers or not, we need to examine what it’s made of. After all, it’s the ingredients that will determine whether it’s any better than plain water. 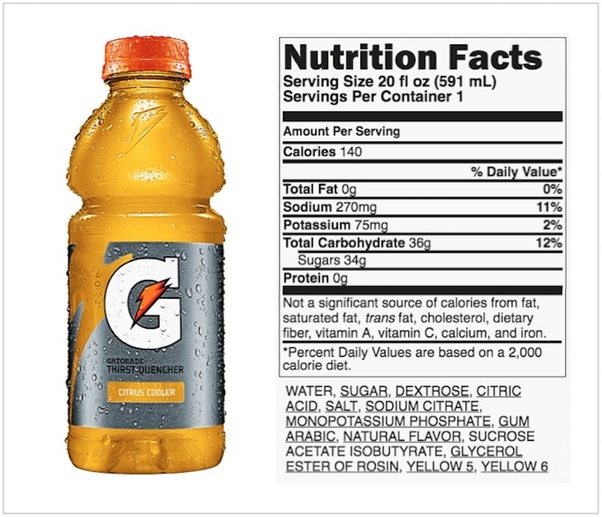 Looking at the label, we can see that Gatorade contains Sodium, Potassium, and Carbohydrates. As well as some artificial flavoring and coloring.

Gatorade claims their product hydrates better than water because of these additional ingredients.

Sodium and potassium are electrolytes that are essential for life. Practically everything you eat or drink will contain it. Including mineral water.

A bottle of Gatorade’s Thirst Quencher contains 36 grams of sugar. So, it’s not dissimilar to a can of coke which has 39 grams.

Is Gatorade good for a hangover?

So, now on to the all-important question. Is Gatorade good for a hangover?

In terms of hydration, Gatorade is probably better at rehydrating you than plain water. The added minerals aid absorption and there are some studies that have shown it to be superior to water.(3)

We mentioned above that hangovers have several different causes including inflammation and impaired sleep quality. Clearly, Gatorade isn’t going to have an effect these aspects of a hangover.

It’s important to bear in mind that Gatorade has very high sugar content. It’s not a “healthy” drink. However, you are able to purchase sugar-free versions which, in some ways, solves this issue. On the flip side, a sugar boost is just what you might need when hungover.

The bottom line: Although unproven, it is possible that Gatorade will hydrate you better when hungover. That said, it’s unlikely to have a big impact on how you feel overall.

When it comes to hangover remedies, we look for many other ingredients which are good for hangovers.

These include vitamins, minerals and natural herbal extracts that support your body’s antioxidant defences. As well as speed up alcohol metabolism and relieve hangover nausea.

The top hangover supplements on the market today include a combination of these ingredients so that they work together in an all-round approach to tackle hangover symptoms.

You can find out more about them by following the link below.

When to drink Gatorade for a hangover

The most important question is when to drink Gatorade for a hangover. You’re probably thinking that it’s as soon as you wake up.

When in actual fact, the most benefit you’ll see from rehydration is when you prevent dehydration from happening in the first place.

Therefore, drinking Gatorade or water after you’ve been out for drinks has the most benefit.

The reason is, by the time you’ve woken up with a hangover, the damage caused by alcohol has already been done. Although it’s still important to rehydrate in the morning, prevention is always better than cure.

The only thing to consider is whether you opt for a sugar-free version or not. And this is down to personal choice.

Hangovers are a sign from your body that you’ve been drinking too much alcohol for your body to handle. Trying to “cure” your hangover with Gatorade, or anything else, is not an ideal approach.

The best way to cure a hangover is to prevent it from happening in the first place. Keeping well hydrated (with or without Gatorade), drinking less and eating a meal before going out is all it takes.

That brings us to the end of our look at whether Gatorade is good for a hangover or not.

The only benefit is in terms of improved hydration. However, the studies available are mostly performed in athletes who have done rigorous exercise. Therefore, it’s unclear whether Gatorade has any added benefits over plain water for hangovers.

Gatorade is a tasty drink that may be more palatable for you to drink when hungover. In addition, it has lots of sugar in it which can boost energy levels in the short term.