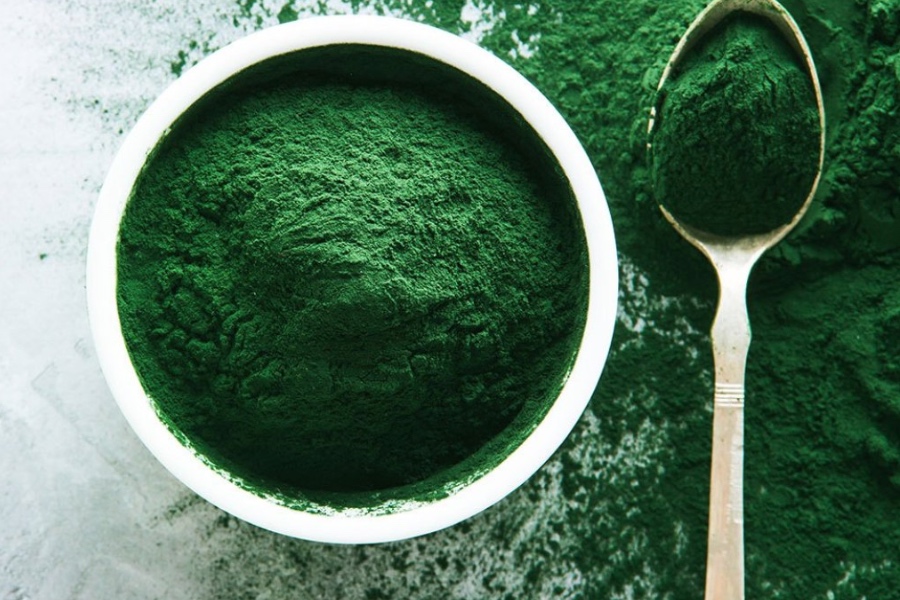 Is Spirulina a hangover cure? If you’ve landed on this page, then the chances are that you’re looking to find out whether this so-called superfood has any benefits for a hangover.

Spirulina is a blue-green alga that became famous after it was successfully used by NASA as a supplement for astronauts on space missions. In fact, it’s been consumed by humans for centuries and dates as far back as the Aztec period.

In this article, we’re going to take a detailed look at Spirulina for hangovers to see if it’s something you should consider adding to your hangover recovery routine.

Spirulina is an organism that grows in both fresh and saltwater. It is a type of cyanobacteria, which is a type of blue-green algae.

Just like plants, cyanobacteria can produce energy from sunlight via a process called photosynthesis.

The active ingredient in Spirulina is called Phycocyanin which is a powerful antioxidant. Antioxidants neutralize “free-radicals” which are produced as a by-product of normal metabolism.

If left unchecked, free-radicals react with cells causing inflammation and damage. Hence, Spirulina is known for its anti-inflammatory properties.(1)

Is Spirulina good for a hangover?

To answer the question of whether Spirulina is good for hangovers, we first need to go over the reason why you get them in the first place.

Hangovers are caused by drinking too much, too quickly. Inflammation, dehydration and poor sleep quality are just a few key causes of a hangover.

Clearly, dehydration and poor sleep quality aren’t factors that Spirulina is going to improve. Most of the interest in Spirulina for hangovers is with respect to its potential anti-inflammatory properties.

When you drink alcohol, it’s broken down by your liver into toxic by-products such as acetaldehyde. Acetaldehyde is a highly volatile substance that reacts with your cells (it breaks down to form free-radicals).

Seeing as Spirulina has antioxidant properties, it could potentially support your livers natural antioxidant defenses. That said, this hasn’t been proven in research studies. Therefore, the association is purely theoretical.

Additionally, you’ll notice that Spirulina has a high in vitamin B1, B2 and B3. B vitamins are commonly used for hangovers as they’re essential for the metabolism of the food and drink you consume, including alcohol. However, once again, these benefits haven’t been confirmed in research studies.

When to take spirulina for a hangover?

Although there is no evidence to say that spirulina is helpful for a hangover, you may want to try it anyway. So, when is the best time to take it?

As with all hangover remedies, it’s always best to prevent them from happening in the first place. In the first instance,  drinking less alcohol, keeping well hydrated and eating before going out are the key things to do.

Aside from this, if spirulina is going to have any benefit, it’s best to take before or straight after your last drink. There’s no point waking up with a hangover, when the damage is already done, to try and recover.

We’re basing this on the fact that all of the hangover supplements on the market today also recommend taking preventative doses rather than the morning after.

Spirulina is commonly linked with liver health and there are conflicting reports online regarding its safety.

There are isolated case reports where Spirulina has been linked to liver injury. On the other hand, other trials have shown that spirulina is safe and, in fact, reduces liver inflammation.(2)

In some cases, it’s even been shown that spirulina therapy reduces elevated liver enzyme markers in non-alcoholic fatty liver disease.

Currently, the FDA recognizes Spirulina as generally safe to take. As always, if you’re trying a new supplement, it’s always best to discuss it with your doctor first.

The bottom line: Spirulina is safe to consume, but there are isolated cases of liver injury from prolonged use.

In general, the side effect profile of Spirulina is low and the vast majority of people will have no negative effects. That said, everyone is different and side effects are always possible.

Some people report headaches, allergic reactions, and muscle pain after taking spirulina. People with allergies to seafood, seaweed, and other sea vegetables should avoid spirulina.

It’s also possible that spirulina grown in the wild can absorb toxins from water, such as microcystins (known to cause liver damage), pollutants, and heavy metals.

Is Spirulina a hangover cure?

As mentioned earlier, hangovers are caused by many different factors that all combine to produce a typical hangover.

A true “hangover cure” would mean that something you take would completely eliminate your symptoms. Unfortunately, Spirulina is not going to achieve this. In fact, a real hangover cure doesn’t, and will never exist.

Spirulina for hangovers – The verdict

That brings us to the end of our look into Spirulina as a hangover cure.

Sadly, there is no official answer to this question. What we can tell you is that Spirulina is rich in nutrients and antioxidants which may help. At the time of writing, there are no research papers that have specifically looked into Spirulina for hangovers.

However, that does not stop many people from trying it anyway, because of the fact that it is so nutritious.

Ultimately, the decision rests with you and whether it’s something you’re keen to try. If you’re interested in natural hangover remedies, check out our article: the best natural hangover cures.

Best Tea For Your Hangover

16 Fun Facts About Alcohol: Number 7 May Surprise You!