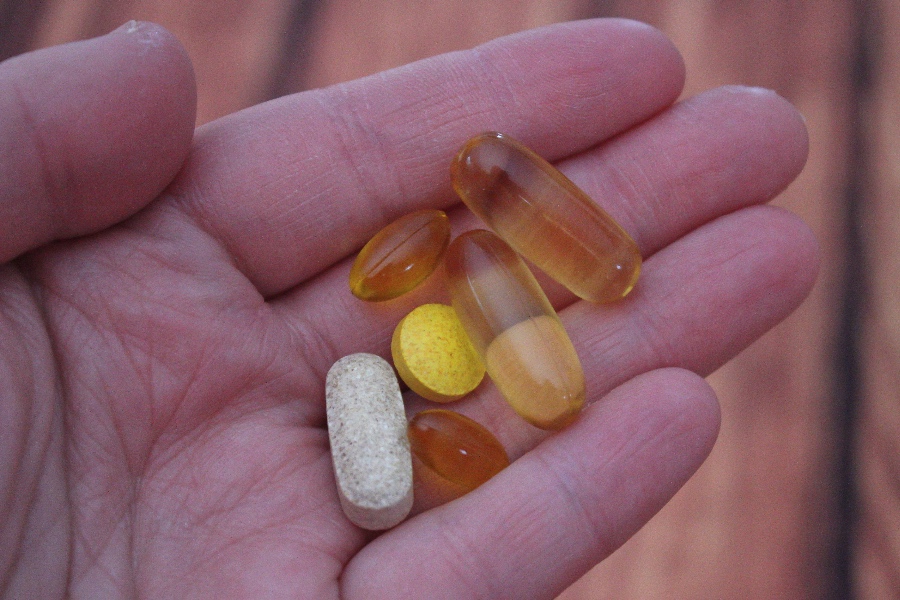 Vitamins are often used to help reduce the symptoms of a hangover, one of which is Niacin (also known as vitamin B3).

Niacin is a member of the B-complex group and is essential for many of your body’s metabolic functions.

But does it have any benefit for hangovers?

In this article, we’re going to take a closer look at whether niacin would be a useful addition to your hangover recovery regime.

Niacin, nicotinic acid, nicotinamide and vitamin B3 are all essentially different names for the same thing.

It’s one of the essential vitamins required for life. Niacin is the precursor to NAD (nicotinamide adenine dinucleotide) which is required to break down the food you eat to produce energy.

This includes the breakdown of fat, carbohydrate, protein, and alcohol.

Drinking alcohol greatly increases your liver’s use of NAD and it’s one of the main vitamin deficiencies found in people who consume excess alcohol.

Because of its role in the breakdown of alcohol, many hangover supplements include it as one of their main ingredients.

To understand whether niacin can work as a hangover cure, we first need to go over how hangovers affect your body in the first place.

Alcohol blocks the release of a hormone from your pituitary gland called ADH. This hormone is responsible for the reabsorption of water from your kidneys.

By blocking this hormone and preventing reabsorption of water, you lose more water. This is why alcohol is known to be a diuretic and leads to dehydration

Furthermore, congeners in alcohol are thought to cause hangover symptoms. These are by-products produced naturally from the fermentation of alcohol. Darker colored drinks like whiskey and red wine have the most congeners

3 – Disruption of sleep
Although it’s true that you’ll be able to fall asleep much easier after consuming alcohol, it doesn’t result in good quality sleep.

As you can see, hangovers are caused by several different factors that all play a big role in your symptoms.

Next up, we’ll look at whether niacin has any potential to work as a hangover cure.

Niacin as a hangover cure

At the time of writing, there have been no studies looking specifically at niacin as a hangover cure.

In general, it’s unlikely that niacin on its own will work as a “hangover cure” anyway.

As mentioned above, hangovers are caused by multiple different damaging mechanisms and niacin isn’t going to be able to cure them all.

Niacin could have a role in supporting your liver work at its optimum rate by regenerating NAD which is crucial for alcohol metabolism.

When to take niacin for hangovers?

If you’re planning on taking niacin for a hangover, it’s important to do so before your first drink or after your last.

Although its effectiveness is still up for debate, if niacin is going to have any benefit for your hangover, it’s going to be during the time when alcohol is in your bloodstream.

When it comes to any hangover aid, prevention is always better than cure.

By the time you’ve woken up hungover, it’s already too late, the damage is done and only time and rest will heal you.

The daily required dosage of niacin for men is 16mg and for women 14mg. You should be able to get more than enough niacin from the food you eat if you have a healthy balanced diet.

The best hangover pills contain niacin at doses between 10-50mg.

Unlike most other vitamins, higher doses of Niacin are known to cause bad side effects which we will cover next.

At lower doses, niacin doesn’t usually have any side-effects.

However, when you get above 50mg, it can cause your heart rate to increase, abdominal cramps, diarrhea, and vomiting.

Furthermore, niacin is commonly associated with skin flushing and itching. Flushing is particularly a problem when niacin is used as a hangover remedy. This is because alcohol itself is a cause of flushing for some people.

By this, we mean people with Asian flush. This is caused by an inherited genetic deficiency in the enzyme that breaks down alcohol.

Individuals with Asian flush may get more severe reactions if drinking alcohol and taking higher doses of niacin at the same time.

Hangovers are a sign from your body that you’ve probably been drinking too much for your liver to handle.

The best way to prevent a hangover is to reduce the amount you’re drinking, making sure you keep well hydrated and having a meal before you go out.

That brings us to the end of our look into niacin for hangovers. Niacin is one of the members of the B complex family and these vitamins work together to support normal metabolism.

Whether it helps reduce hangover symptoms hasn’t been tested in studies as yet.

Niacin is the precursor to NAD which is essential for breaking down alcohol. You should be able to get most of your daily requirements of niacin if you have a healthy balanced diet.

That said, during periods of over-indulgence, your body’s requirement of Niacin increases and this is why most hangover supplements include this B vitamin in their formula.

Turmeric For Hangovers – Does It Work?