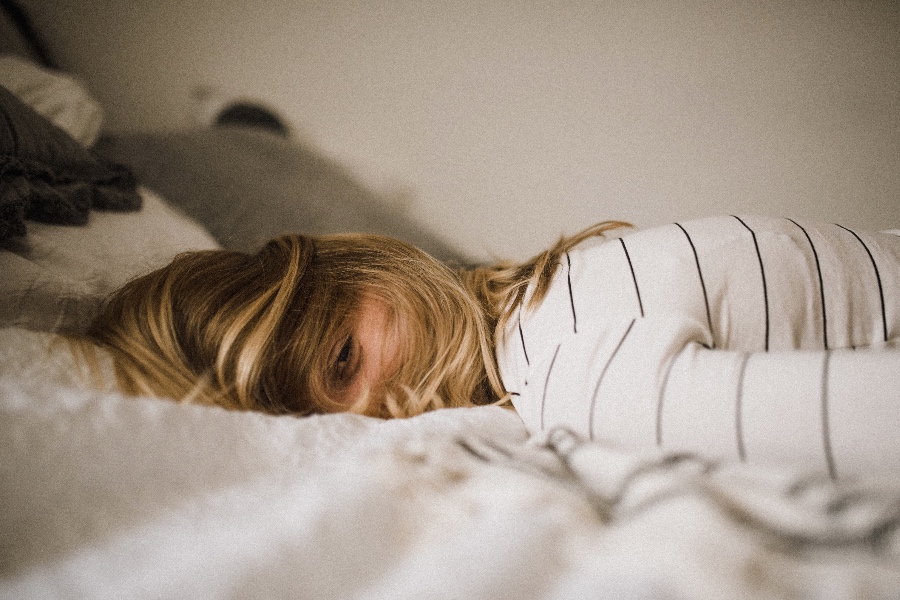 The room is spinning. Your mouth is dry. The thought of food makes you want to be sick.

We’ve all been there. There was even a movie (or two) made about it.

It doesn’t matter what led you here. A few too many cocktails with dinner. A night of binge drinking with friends. A New Year’s Eve party that lasted well into the morning.

Now you’re left to pick up the pieces. The good news is that most hangovers only last 24 hours. But what if it doesn’t?

What happens when you’re faced with a 2 day hangover? What are the symptoms and how can you find relief?

Keep reading to learn everything you need to know about conquering a 2 day hangover.

Grab your aspirin and let’s get into it!

What Causes a 2 Day Hangover?

The best defense against a 2 day hangover is knowledge. Understanding why they happen can help you prevent them.

There are a few fundamental causes of a hangover you should be aware of.

1)Dehydration
Alcohol is a diuretic. It blocks a hormone from being produced in your brain called ADH (antidiuretic hormone). This hormone is responsible for allowing your kidneys to hold onto water.

By blocking this hormone, your kidneys start to flush water out instead of holding onto it.

As a result, you end up losing more fluid than you are consuming. Dehydration (whether alcohol-induced or not) is to blame for a long list of symptoms including nausea, dizziness, dry mouth, headache, and increased thirst. Sound familiar?

2) Acetaldehyde
Alcohol is broken down to produce energy. One of the compounds produced as a by-product is called acetaldehyde. In normal circumstances, your liver clears acetaldehyde before it causes too much damage.

However, if you’ve had one too many at happy hour, it starts to build up. The problem is, acetaldehyde is highly unstable and breaks down to form “free-radicals”. These free-radicals react with the cells they come into contact with. This whole process is known as “oxidative damage” and is responsible for inflammation and damage caused during periods of over-indulgence.

3) Congeners
Darker colored drinks like bourbon and red wine contain lots of congeners. These are by-products produced during the fermentation process which produces alcohol. Common ones include tannins, methanol, and sulfites which have been shown to make hangovers much more severe.

4) Sleep
Alcohol is well-known to disrupt sleep quality. It prevents you from reaching the REM stage of sleep which is essential for making you feel rested and re-energized.(1)

So in simple terms, alcohol batters your body from all different angles.

While it is normal for your body to need a day to recover from, a two-day long hangover could be a sign of something else.

Your body may be telling you to steer clear of alcohol for different reasons. Here are just a few.

People say age is just a number. Those people have clearly never had a 2-day hangover.

The days of drinking all night and curing your hangover with a greasy breakfast the next morning are just a distant memory.

As you age, it’s more difficult for your body to get rid of toxins. And whether or not you realize it, alcohol is toxic to your body.

The human body produces an antioxidant called glutathione which helps purge harmful toxins and chemicals. Glutathione production slows down as you get older, which may be one reason it’s harder to shake a hangover in the average 24-hour period.(2)

Furthermore, as we get older, your liver, kidneys, and muscles just don’t recover as well as they used to

If your 2-day hangover is a recent phenomenon and the number of candles on your birthday cake is increasing, it might mean you can’t hold your liquor the way you used to.

Although true allergies to alcohol are rare, there are several allergens that make your hangover last a lot longer than usual.

With so many different types of alcohol out there, it can be difficult to pinpoint your specific intolerance.

Most alcohol contains ingredients like gluten, yeast, wheat, and other sulfites. If you’re allergic to these elements in everyday life, chances are you’ll have a slight reaction after consuming alcohol containing these same ingredients.

You Need to Sleep

It’s no secret that you’re supposed to get 8-10 hours of sleep per night. It’s even less surprising that 1 in 3 adults admit to not getting enough sleep.(3)

But missing out on your z’s can actually cause more than just dark circles under your eyes. Not getting enough sleep following a night of heavy drinking will make your hangover drag on much longer than you’d like.

Let’s face it, passing out drunk isn’t the same as getting quality sleep. Your body needs rest to rejuvenate, recharge, and kick those nasty hangover symptoms. Even if you sleep for most of day one of your hangover, the chances are you’re not really sleeping.

We mentioned before that alcohol blocks the REM stage of sleep. Therefore 8 hours of drunk sleep is not the same as 8 hours of normal sleep.

The biggest challenge you face is stopping the room from spinning long enough to get some decent shut-eye. Once the first day passes if you’re still feeling completely rundown, you may need to take 2 days to get adequate rest.

You Need to Eat

It’s an old wive’s tale you’ve heard time and again – food absorbs the alcohol in your stomach stopping you from getting too drunk too fast. Or is it a wive’s tale after all?

Food doesn’t absorb alcohol as the myth claims but instead, it slows down the rate at which your body absorbs it. This means it’ll take you much longer to get drunk. This could prevent a nasty hangover and allow you to ride the enjoyable wave of a good buzz all night long.

However, if the alcohol still gets the best of you, eating all the pizzas and potato chips in the world won’t prevent a 2-day hangover. Once you’re in the thick of your recovery, it’s important to eat healthily and replenish lost nutrients instead of binging on poor quality food.

Food gives you strength and will speed up the recovery process, stopping your 2-day hangover from turning into a trifecta event.

It’s estimated that 30%-50% of people from Asia lack the enzyme which metabolizes alcohol called ALDH2. This produces bad reactions to small amounts of alcohol and is colloquially known as Asian flush.

If you’ve always had 2 day hangovers since your first time drinking alcohol, there may be a strong possibility that you’re just not able to metabolize alcohol efficiently.

How to Cure the 2-Day Hangover

Now that you know some reasons why you’re being tortured by a 2-day hangover, let’s talk solutions. Here are a few things you can do before and during your hangover episode to help your body bounce back. 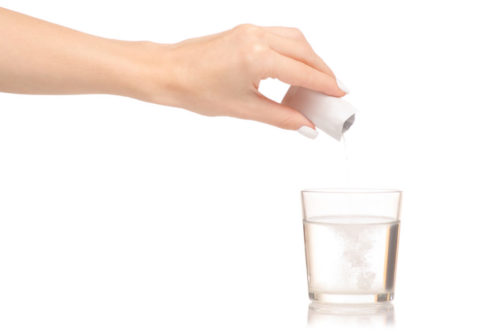 This tip makes perfect sense given one of the major catalysts of a killer hangover is dehydration. You know the feeling all too well – waking up with a dry mouth, searching for any type of liquid you can get your hands on (bathroom faucets and garden hoses included).

If you want to fast track passed the 2-day hangover, it’s important to hydrate as much as possible. Keep bottles of water close by and set a timer to drink every 15-minutes, even when you’re feeling at your worst. In fact, that’s when it’s most important to keep the liquids flowing.

Rehydration sachets are a fantastic way of rehydrating as well as replacing lost minerals.

If you’re going to drink, do it right. While cheap alcohol might seem like a great deal, it’s not worth the few dollars you’ll save.

Many types of alcohol contain impurities, but cheap alcohol contains the most. These impurities are known as congeners and our body reacts to them like poison. Like most other substances, some people break down congeners better than others.

If you’re one of the unlucky ones whose body can’t process alcohol as well as others, you’ll also be cursed with 2-day hangovers.

Another old wive’s tale is that you can cure a bad hangover with more alcohol. Not only is this false but it’s straight-up foolish. Not only does more alcohol not cure a hangover but it can actually make your symptoms more intense for longer.

Push aside that desire to crack a beer and numb your pain (both physically and metaphorically) and reach for a bottle of water (or 10) instead. 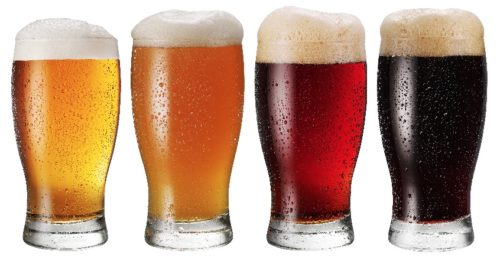 Do you love your whiskey and bourbon? While you can still indulge in these dark liquors from time to time, sticking with lighter booze like vodka and gin might actually help prevent intense hangovers.

Remember those congeners mentioned earlier? Darker liquors like dark beer, red wine, and brandy contain higher levels of these toxins which increase the likelihood that you’ll experience a 2-day hangover.

Whenever possible, stick with light-colored booze like white wine, light beers, and vodka. In all instances, monitor your intake to keep nasty hangovers at bay.

Steer Clear of the Medicine Cabinet

What’s the first thing you reach for to get rid of that killer hangover headache? Aspirin, of course. But the truth is this might actually make matters worse.

Hangover headaches are mostly caused by dilated blood vessels putting pressure on your nerves. And while painkillers can help reduce this pressure, they can also have an adverse effect.

Aspirin and similar drugs like Ibuprofen reduce the mucous lining of your stomach. This leaves your stomach lining more prone to acid and can worsen hangover nausea.

Drink responsibly. You’ve heard it at the end of every alcohol commercial and while the message may be slightly different, it still applies to prevent an unwanted a 2-day hangover.

Understanding how your body interacts with and processes alcohol is step number one. Next, practicing self-care following alcohol consumption is key to speeding up the recovery process.

Is Cucumber Really a Cure For Your Hangover?

Pepcid for Asian glow – Does it help the symptoms?