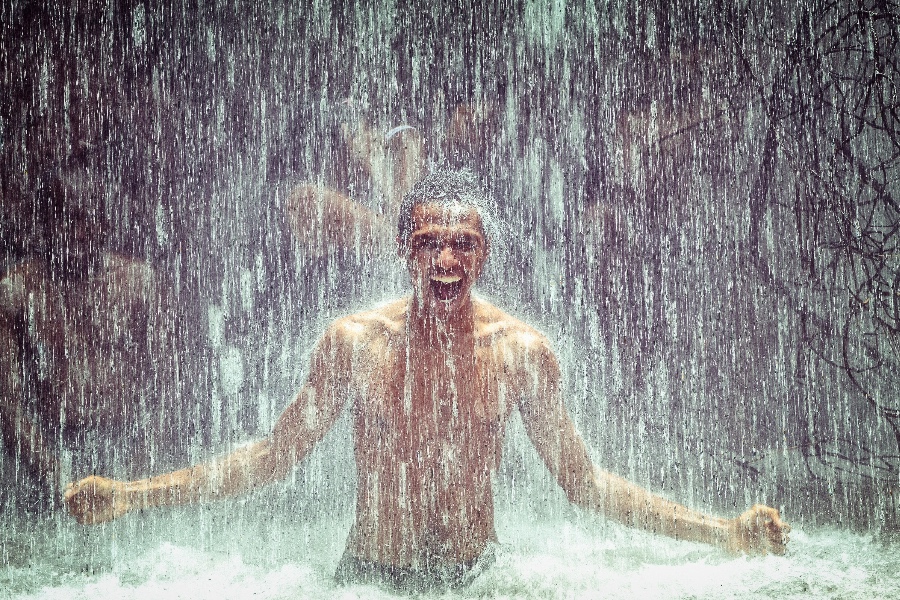 Taking a showing to help recover from your hangover is one of the oldest tricks in the book.

Let’s face it, you may need it after dancing for hours the night before.

Some people even say a shower is good to “sweat out” the toxins in your body after drinking alcohol.

But will a shower actually help a hangover? Or can it do more harm than good?

In this article, we’re going to look at whether taking a shower will help you recover from your hangover faster.

How does drinking alcohol cause a hangover?

Hangovers are caused by a number of factors caused directly by alcohol and toxic by-products produced as a result of its metabolism.

In the first instance, it’s important to mention that a hangover is caused by drinking more alcohol than your body can handle.

If you go over this amount, which is typically more than 1 alcohol drink per hour, the chances of you waking up with a hangover are much greater.

Here are some of the key causes of a hangover:

Congeners and acetaldehyde: By-products produced from alcohol metabolism and fermentation which induce inflammation.

overexertion: Muscle inflammation if you’ve been on the dance floor all night

Dehydration: Alcohol is a diuretic which means it makes you pee out more water.

In combination, these factors cause the following common hangover symptoms:

Next up we’ll look at whether taking a shower will help reduce the symptoms of a hangover.

Benefits of a shower for a hangover

Feeling a bit down? You’re not alone.

Hangovers are commonly associated with symptoms of anxiety and low mood due to the powerful effect it has on your nervous system.(1)

There are several studies which have shown that Mood, tension-anxiety, anger-hostility, and depressive symptoms are improved with bathing.(2)

The reason why this happens is that showers trigger dopaminergic transmission in the brain as well as improve circulation which we will come to later. What does that mean? Simply put, cold water exposure stimulates a surge of mood-boosting neurotransmitters, which can help to make you feel better, right away.

So, the next time you find yourself feeling low when hungover, or are struggling with “Hangxiety”, try taking a quick shower before heading out.

Taking a cold shower can really help wake you up. Feeling groggy is a standard part of being hungover.

Cold water immersion will raise your heart rate pretty quickly and cause you to take deeper breaths, and this, in turn, will help make you more alert.

This is particularly the case with a cold shower as the stimulation is like a shock to your nervous system.

Taking a shower can help to improve blood flow and studies have shown that hydrotherapy is an effective way of enhancing circulation.(3)

Good circulation is often one of those things that’s overlooked as a key component for making sure that you’re in tip-top shape.

This may be something of an obvious one, but if you’re able to get yourself to do uncomfortable things when hungover, it can help to change your mindset and tackle hangover symptoms head-on.

It’s easy to curl into a ball and hide from the world when hungover which can make your symptoms feel a lot more intense.

If so, jumping into a cold shower which is likely outside your comfort zone can fuel your willingness to get things done after a night out.

Muscle inflammation is often overlooked as a cause of your hangover symptoms. As acetaldehyde levels build in your bloodstream, the levels of inflammation continue to rise throughout your body.

In addition, if you’ve been dancing and frolicking around town all night, it’s going to take its toll on your muscles.

You probably already know that strenuous exercise causes tiny tears in the muscle fiber, which are then repaired.

Cold water immersion has been shown to reduce inflammation and improve muscle recovery.(4)

That’s because the cold water helps to lower the muscle tissue’s temperature, causing the blood vessels to constrict. This helps to reduce inflammation and can help to bring relief.

It’s why sports stars regularly jump into an ice bath after a game.

Are there any dangers of taking a shower when hungover?

Now that we’ve covered some of the main benefits of taking a shower to help with your hangover symptoms, now it’s time to take a look at some of the possible dangers.

In general, taking a lukewarm shower that’s just right for you isn’t a dangerous move.

The dangers come about if taking a particularly hot or cold shower.

Hot showers can lead to a drop in blood pressure as it causes dilation of blood vessels. If you’re very dehydrated after your night out, this could lead to a collapse.

It’s particularly the case if you’re someone who faints easily.

On the other hand, cold showers can cause a significant shock to your system and may not be ideal if you suffer from heart problems.

You may have to get used to the shock of the cold water hitting your body, and learn to control your breathing as a result, but this comes with practice.

If you’re in doubt, just start with a shower temperature that you’re comfortable with before moving onto the extremes.

Is a hot or cold shower better for a hangover?

There are pros and cons to both and in the majority of cases come down to your own circumstances.

Perhaps a cold shower will be more beneficial if you’ve had a few too many at happy hour and are waking up on a workday. In this circumstance, you may not be able to afford being hungover and a cold shower will kickstart your day.

On the other hand, if it’s a weekend and you have nowhere to be, a nice warm shower may be your preference.

That being said, on the whole, a cold shower will reduce muscle inflammation, soothe hot flushes and increase energy levels more.

For these reasons, a cold shower is likely to help with your hangover symptoms more.

What type of shower is best for a hangover?

No one wants a dribbling shower.

If you’re at home, a power shower is ideal for snapping you back into action after a night of drinking. The added force may help act like a massage for your aching muscles.

An outdoor shower is the best option if you have the luxury of owning one. Being outdoors and getting natural sunlight into your eyes as well as breathing in fresh air will instantly make you feel better.

It has the added benefit or resetting your circadian rhythms and making you more in sync with your surroundings.

So, that brings us to the end of our look at the benefits of taking a shower to help your hangover symptoms.

We’ve walked you through the main physiological and psychological benefits, as well as some potential downsides.

Taking a cold shower may help counteract more hangover symptoms than a hot shower as it has the added benefits of reducing muscle inflammation and increasing alertness.

Wine allergy – What are the symptoms?