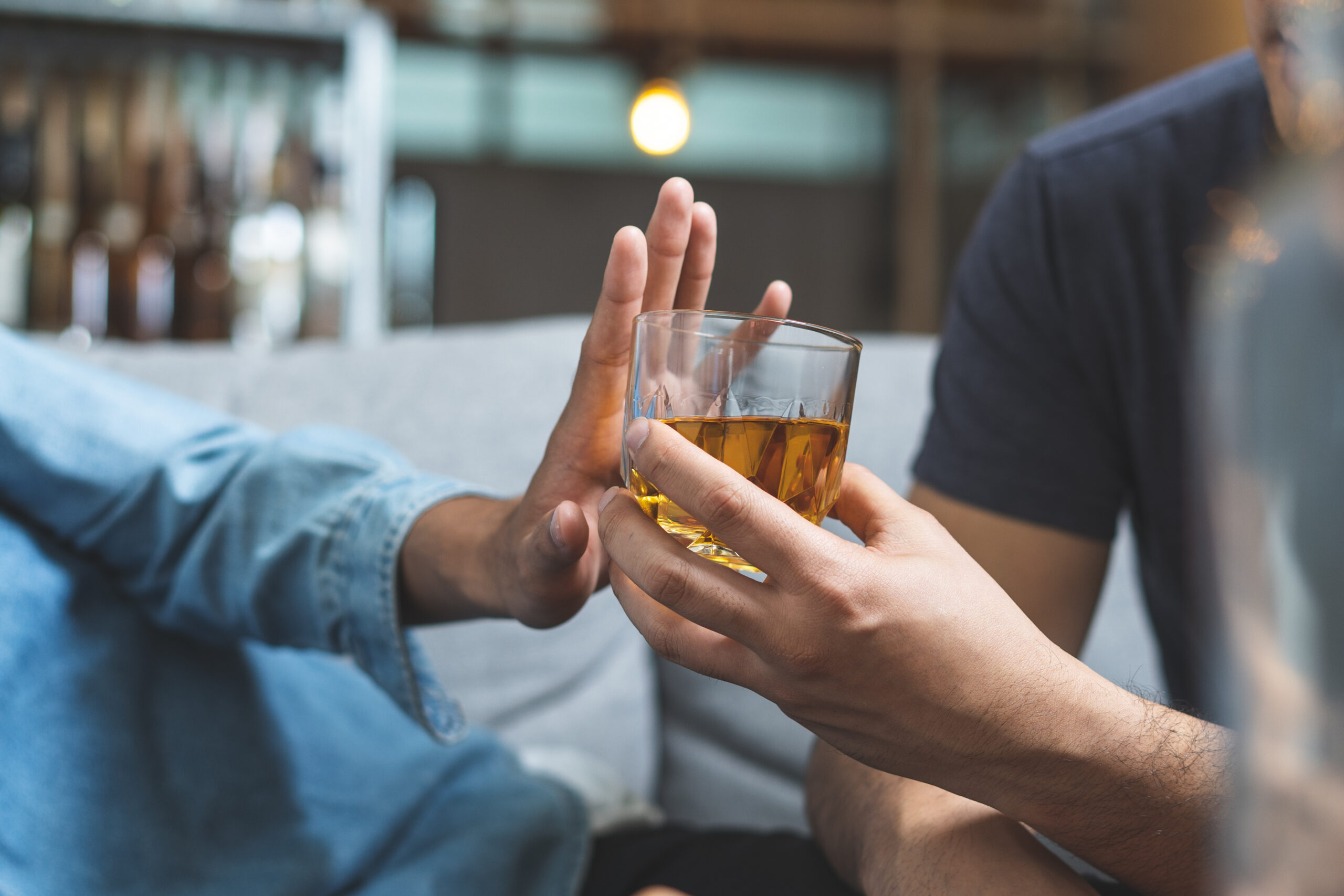 If you’re a drinker, you’ve been hungover. Alcohol enthusiasts are always on the prowl for ways to avoid the dreaded hangover the next morning. Everyone has a tried and true methods they swear by to avoid a hangover. But what if there was an alcohol that gave you less of a hangover?

Alcohol can do some serious damage to your body, so finding ways to soften the blow may help. In this article we’re going to break it down and answer the question of whether or not there’s alcohol that will give you less of a hangover.

The liver and hangovers

First, let’s talk about why we get hangovers in the first place. A hangover is the result of drinking too much alcohol. You wake up the next morning with a splitting headache and can’t leave the bathroom floor. We’ve all been there, and it’s awful.

After you’ve drank alcohol, your body has to metabolize it and break it down. This process primarily happens in the liver. When we drink a lot of alcohol, the liver goes into overdrive to get it out of our system. On average, the liver can metabolize one alcoholic drink per hour.

So, if you’re pacing yourself, drinking water and eating a meal, you may not get too bad of a hangover. Your liver has time to get the alcohol out before you’re putting more in. A hangover happens when you’re chugging drinks with no break and you eat a greasy pizza at 3am.

When the liver starts metabolizing alcohol, enzymes break down the alcohol into something called acetaldehyde. It can enter your bloodstream and cause damage. Research also suggests that it’s a direct contributor to hangover symptoms such as:

For people who drink in excess, it can also lead to brain damage and other health problems. If you drink socially with friends, you should only see minor effects in the form of a hangover, even when it can seem horrible and never ending.

Excessive alcohol consumption can also lead to alcohol-related liver disease from fat building up in the liver. This is due to the metabolization process of alcohol, as well. So, it’s important to consider protecting your liver not only to have less of a hangover but to prevent disease as well.

Other factors that can cause a hangover include:

While there are several factors that can cause a hangover, we’re going to focus on protecting the liver. Doing so may reduce hangover symptoms since your liver is the one working tirelessly to get that alcohol out of your system.

What alcohol gives you the least hangover?

Before we dive into this section, it’s important to remember that no alcohol is going to be ‘good’ for your liver, or help you avoid a hangover. The only way to protect your liver fully from the effects of alcohol is to not drink at all.

No matter what alcohol you choose, it’s going to pass through your liver. Your body will have to process it out, and the damage can happen even with small amounts of alcohol. It doesn’t matter what kind, either. Beer and 100 proof whiskey can do the same damage. There are a few things to consider that might help you lessen your symptoms, but you will still have a hangover.

If you want to try to do as little damage as possible, you can watch the strength and how much you drink. This means looking at what’s considered a standard drink for your body.

Let’s look at the US as an example. A standard drink is a drink containing .6 fl oz of pure alcohol. Every alcoholic drink should have the ‘alcohol by volume’ listed on it.

That means one 5% beer is the equivalent of a shot of vodka. Think about how slowly you drink a beer and how fast you throw back a shot. You’re getting the same amount, but in a different amount of time. Think about that next time you’re out to figure out a game plan for lessening your hangover.

Congeners are one of the main culprits of a hangover. They’re a toxic byproduct of the fermentation process that’s used to make alcohol. Research has found that congeners appear in higher amounts in darker liquors. Think rum, whiskey and red wine. You know the tale of the red wine headache? It likely stems from the fact that it has a high concentration of congeners.

While there is no liquor to keep you from having a hangover, drinking clear liquors could mean mild symptoms the next day. Keep in mind, however, that 6 shots of vodka is still 6 shots of vodka. Drinking a large amount of any alcohol is going to give you a hangover.

How else can I avoid a hangover?

At the end of the day, if you drink alcohol, a hangover is coming your way. There is no alcohol out there that is going to keep you safe from the wrath of a headache. We do, however, have some tips that may lessen your symptoms.

This may seem obvious, but drinking less is going to take the pressure off your liver and keep you from having a hangover. Set a limit while you’re out and stick to it. Bonus points if you can spread each drink to about an hour and drink water in between.

Again, pretty obvious. Eating a nutritious meal before going out for the night will fuel your body and keep you going. Think protein and low carb. Skip the pizza and other greasy foods, your body and hangover will thank you.

It’s important to stay hydrated before, during and after a night out. As we mentioned, a water in between drinks will work wonders. Make sure you’re drinking plenty of water the next day, as well.

The bottom line is that there is no alcohol that will give you less of a hangover. Even if an advertisement claims that their brand will, they won’t. The only way to avoid a hangover entirely is to abstain from alcohol. If you don’t want to do that, just know a hangover could be waiting for you when you open your eyes. Please drink responsibly, and remember to have fun!

How Long Can Hangovers Last?

Is Working Out When You’re Hungover Safe?