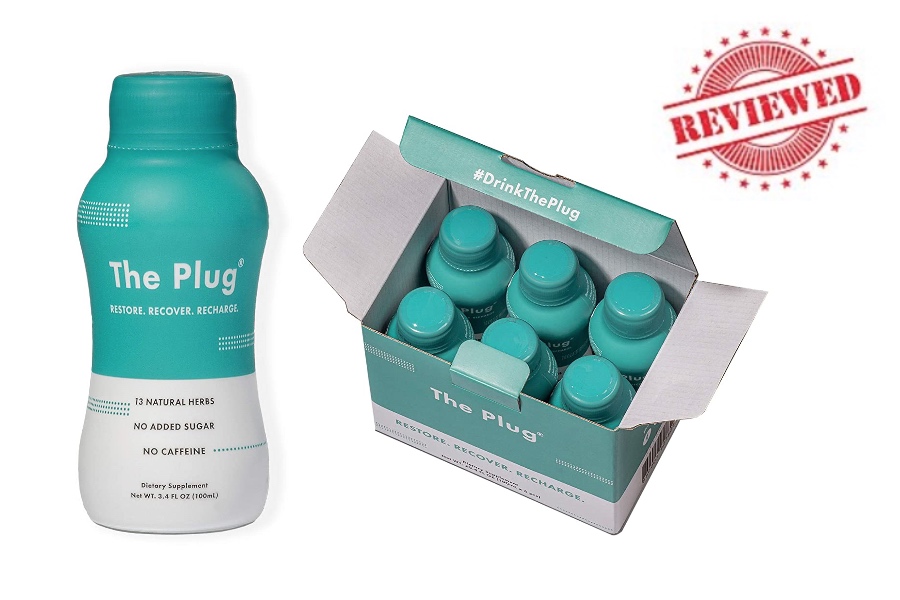 Hangover prevention drinks are very popular nowadays and there are few dozen options to choose from.

The Plug hangover drink is a fully plant-based mixture that’s designed to reduce some of the pain from drinking alcohol.

With so many options, it can be hard to know which hangover drink is the right choice for you.

That’s why, in this article, we’re going to take a closer look at The Plug Drink to see how it fares against the other top products on the market right now.

We’re going to examine all the important things you need to know including how it tastes, the ingredients, and how well it works.

The Plug is manufactured and bottled in South Korea and is said to be blended with water from the base of Pochen’s Unak Mountain. And it only contains 25 calories a bottle which is an added bonus.

Next up, we’ll take a closer look at the 13 ingredients in The Plug Drink:

purslane is loaded with all sorts of nutrients, including vitamins and omega-3 fatty acids

Schisandra has a long history of medical use throughout Asia and Russia. some studies have shown it has anti-inflammatory properties.

A plant we all know which has anti-oxidant properties.

Used in traditional Asian remedies but not much is known about its health benefits.

Packed with flavonoids which are antioxidants.

a well-known ingredient that has been used traditionally to help with digestive stress. There are well-documented cases of problems with taking too much of it. These include derangement of kidney function and causing high blood pressure. With that said, it’s very unlikely to be an issue unless you are taking large doses daily which is not the case with The Plug Drink.

The active ingredient in the extract of the Oriental Raisin tree is Dihydromyricetin (DHM) which has been shown in mouse studies to increase alcohol metabolism.

A native European herb but not much is known about its health benefits.

More commonly known as Kudzu this traditional remedy has been shown in a study to reduce the desire for alcohol. This is because Kudzu blocks enzymes involved in the breakdown of alcohol by-products. As a result, it gives undesirable side effects from drinking alcohol.

A herb with supposed benefits for immunity.

How does it work?

I think it’s fair to say that The Plug Drink has an unusual selection of ingredients compared to the other hangover supplements on the market.

There are a couple of ingredients that are familiar which include Dihydromricetin which you’ll find in any top product and Dandelion.

Aside from this, we couldn’t find any studies to show how the other ingredients work for hangovers. The assumption is that The Plug Drink contains several traditional ingredients with various proposed health benefits and in combination, they have a positive effect.

On their site The Plug Claims the following:

How to use The Plug Drink

The manufacturers recommend taking a bottle after your night out.

That’s right, you need to take it straight after you finish drinking. This is an important thing to realize because it’s a similar dosing for hangover supplements across the board.

Reason being, the ingredients need to work as soon as the by-products of alcohol metabolism start flowing through your body. The ingredients are of limited use once you’ve woken up with a hangover.

On that note, it’s a good reminder that hangover supplements are like The Plug Drink are not “cures”. Rather, they are designed to aid recovery.

At the time of writing, The Plug Drink has 139 reviews on Amazon with an average 4 out of 5 stars.

Here are some real happy customers:

“These drinks are the bomb!! They made me feel so much better than I was expecting, after a night out with the girls.”

I personally love this product. I feel great. It gives me the energy I need for preparing myself in the morning fir a full day as a Principal.

There are, of course, some reviews from people who say it didn’t work for them. But that’s to be expected with any supplement you buy. Everyone’s different after all!

All the ingredients have been used in traditional Asian medicine for centuries. But as with all new things we eat or drink, there’s always a chance you may have an adverse reaction. It’s always best to speak to your doctor before trying new supplements. This is especially the case if you have any other medical conditions or are taking prescribed medications.

The Plug Drink has a “tropical taste”. It’s a drink that has lots of herbal ingredients so expect an earthy/natural taste.

You’ll find hangover supplements available in all sorts of delivery methods including drinks, patches, chewable tablets, and pills to name a few.

The top products on the market are the drink and pill versions as they deliver the most amount of ingredients in terms of dosage.

Whether you decide to go for a drink or pill is down to personal choice. Some people don’t like swallowing several tablets. Others may not want to risk choosing a hangover drink that may not taste very nice. Also when it comes to travel, carrying pills is obviously easier.

Ultimately, it all comes down to personal preference!

Things to consider before buying

Hangover supplements are not meant to replace sensible drinking habits. They are not “hangover cures” and will not leave you feeling as if you didn’t drink the night before. Common sense still applies!

The best way to prevent a hangover is to drink less. Having a glass of water between each alcoholic drink and making sure to eat a meal before going out also makes a big difference. The Plug Drink should be seen as an additional aid on top of responsible drinking.

That brings us to the end of our Plug Drink review.

It contains a different formulation to what we’re used to seeing with other products on the market. Nonetheless, it has good reviews.