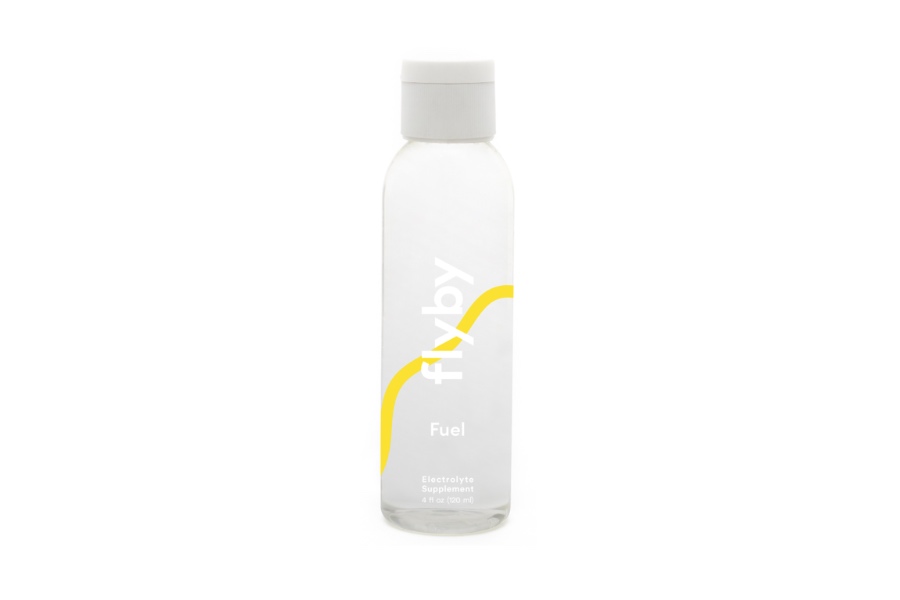 There isn’t much to electrolyte science outside of sports and hydration science. But, hangover drinks like Flyby Fuel Electrolytes thinks they can be used for hard drinking nights.

What’s with electrolytes? For one, the body probably wouldn’t be able to function without it. They help usher water into cells and tissues and they also make sure toxins are removed properly. It’s easy to get the right amount of electrolytes per day, but a long night of excessive drinking and a lot of peeing can result to not just dehydration, but also electrolyte loss.

Some point out hangover severity and duration depends on how much electrolytes you lose the night before. What they’re saying is, electrolytes are critical when it comes to preventing hangovers.

Can Flyby Fuel Electrolytes help with our hangover issues? Let’s find out!

Flyby Fuel Electrolytes is marketed and sold by Flyby Ventures LLC. We’ve reviewed a lot of electrolyte drinks before and what we noticed is almost every one of them don’t outright claim to be a hangover drink. Rather, they always tell the consumer they’re best for exercising and drinking. When you think about it, that’s what electrolytes in general are all about.

Magnesium, Sodium, Zinc, Chloride, Potassium, and Sulfate. These six electrolytes are the most common ingredients you will see in any sports drink and with good reason. Electrolytes act to balance the amount of water in the body, move nutrients into cells, maintain a neutral pH, remove waste out of cells, and most importantly make sure our organs function properly. No sports drink will be complete without electrolytes and the same can be said about any hangover drink.

You can say electrolytes help counteract the diuretic effects of alcohol i.e. if alcohol removes water from the body, electrolytes do their best to keep it. This is important as dehydration is one of the causes of a bad hangover.

When you excrete too much water, you lose more electrolytes than your body can replace. Electrolyte drinks seek to not only replenish lost electrolyte stores, but prevent them from being lost in the first place. This explains why sports drinks are often recommended for terrible hangovers as well as diarrhoea.

Other benefits of electrolytes include:

On top of that, electrolytes stimulate thirst. In a way, electrolytes make sure you’re not dehydrated both from the inside and out. Studies have also shown electrolytes can help delay or reduce the onset of muscle cramping.  One study from the University of North Carolina found cramp-susceptible athletes were able to exercise twice as long before experiencing cramps when they consumed a sports drink during activity than they when they did not drink.

Hypothetically speaking, replenishing electrolytes before you go out and do a night of heavy drinking should help reduce the severity of a hangover the following day.

Some say the best things in life are simple, and electrolyte drinks are as simple as they get. Because they’re so simple, the margin for error is pretty big and elecrolyte drink formulas are some of the few things you can’t really mess up. This is why we see Flyby Fuel Electrolytes as a working product which could lay down the structures in preventing hangovers.

However, electrolytes alone are not enough to prevent hangovers especially if you’re the type who chugs down barrels. The product’s simple approach is too simple for its own good. This is why we think hangover pills like Drinkwel Pills work best with drinks like this.

Outside of hangovers, you would best use Flyby Fuel after strenuous workouts or during really, really hot days. If you’re fond of running marathons or generally just running to get you somewhere faster, a bottle of Flyby Fuel should do the trick to replenish the electrolytes you lose.

As with any electrolyte drinks, Flyby Fuel Electrolytes help replenish electrolytes that could and would be lost due to excessive water excretion. Whether it’s due to strenuous physical performance or by excessive alcohol consumption, it’s going to restore your electrolyte supplies to normal.

The only real side effect is excessive intake. Since it’s a drink in a rather small bottle, it’s almost too easy to drink too much which is a problem if you’re a bit drunk. For instance, magnesium in large doses can act as a laxative.

It’s a bottle of liquid and unlike pills, you can’t exactly just pack it in your bag and assume security will understand your need. The most likely scenario is you ordering this and have it delivered to where you’re staying.

There are plenty of positive reviews for Flyby Fuel Electrolytes.

“Been using Lyteshow and found this product for a much better price and decided to give it a try. Basically identical so what’s not to love. I bike and run typically 9 to 12 hrs./wk and living in wonderfully “warm” North Carolina sweat A LOT! Couple that with being prone to cramps in the first place, this type of product is a must for me. Very convenient to use and effective. And the bottle looks cool to boot. Thanks Flyby!”

“My friend suggested that I take Flyby Fuel, and I fell in love again. The product uses “ionic electrolytes” which are able to be fully absorbed by the body. Science! Most products tend to only have 1 or 2 electrolytes (sodium and potassium) but this baby has the whole shebang (sodium, magnesium, chloride, potassium) plus zinc which is an added bonus. Boom, electrolytes. ”

Here are some of the negatives we’ve seen.

“I bought this product in the hopes to balance my electrolytes and to some degree I achieved that( my nutritionist suggested it will be obvious I’m on the right dose based on the number of visits to the bathroom, the less the better) it worked but it is a little tough to get used to the taste…. still the good outweighes the only negative I can think of.”

“It did not help with my leg cramps, so I found a different brand.”

Flyby Fuel Electrolytes could be a quick and safe fix for heavy drinkers out there. It doesn’t contain anything that could give you bad side effects and it could be taken as a general gym supplement. Although we do stress that while electrolytes help keep you hydrated, we can’t guarantee that electrolytes alone can give you a positive effect for hangover problems.

Recoup for hangovers review – Does it work?

Dive straight into the feedback!Login below and you can start commenting using your own user instantly