Before Elixir wants to eliminate hangovers and one other thing: Redness. You know, that look you get when you’re downing one too many bottles at a faster rate than usual and your face starts to look like it got stung by a bee. Yeah, that redness. 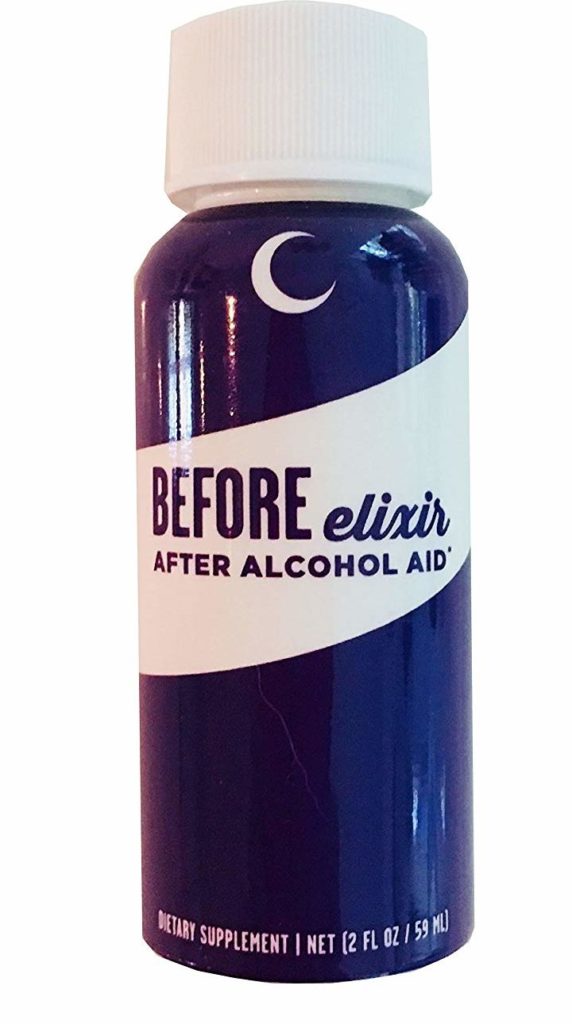 We hate hangovers. We don’t think we’ve met anyone who actually loves them unless they’re masochists, but we digress. Other than hangovers, the other thing we all agree to hate to have is a red and hot face. And like we said, Before Elixir claims to get rid of that too. For that price tag, it better!

Is Before Elixir an actual elixir or just some expensive combination of herbs and flowers? Read on to find out.

Before Elixir claims to not just solve our hangover problems, but also the redness and flush we get while we’re drinking. For some, having a red face isn’t all that bad but we do understand why others would rather look like they weren’t drinking while drinking. Apart from that, they claim to work 90% of the time which is great, but why stop at 90 when you can go a full 100?

Before Elixir shows a lot of promise from the get-go. Short but sweet, the hangover drink provides some of the well-known ingredients in the industry without sacrificing dose. Despite the proprietary blend, we can assume it has good doses for DHM, Milk Thistle, and ALCAR. NAC, while last on the list, could still pull-off a hat trick even with a tiny dose of 500 mg.

Unlike other hangover drinks, Before Elixir concentrates on attacking hangovers without all the fancy “anti-toxin” and “tea extract” madness. This allows its blend to be concentrated, but also fully focused on one solid goal.

The only faults we see are connected:

So, it’s not that we don’t like Before Elixir. In fact, we think it’s a damn good product. We just can’t believe the price point it stands on. Knowing there are other products like AfterDrink that do so much better at formulations yet retain a reasonable price tag makes Before Elixir just ridiculous.

It definitely does a number on your hangovers. At the very least, it should lessen its impact and even its duration.

Some users report of a burning sensation when consumed and even a mild headache before any drinking happened.

Since it’s a bottle, you might want to think twice before going on a flight with this product. Airport rules don’t allow liquids after inspection after all. For check-in luggae, there’s the problem with the added weight should you carry a whole pack. Not only are they bulky, but they’re quite heavy as with all liquids.

Many love Before Elixir. However, the company offers discounts for positive reviews, so take these with a grain of salt.

“Love this product! I never go out for the evening without drinking one of these. It’s a great tasting beverage while you get ready for the evening. I wake up with no headache, no muscle aches, and no sluggishness even after a night of drinking.”

“Overall it has worked for me probably 75% of the time. But I give it 5 stars as it does provide a readily accessible solution, where the alternative is to suffer through the flushing and headache effects.”

However, some buyers really disliked its flavor and burning sensation.

“Horrendous. The burn, the flavor, etc. I like a LOT of things. I drink beet juice because it’s delicious and good for the liver. I cannot tolerate these. They are SO bad and the BURN down in the stomach is almost intolerable.”

“Seriously everyone this is the worst tasting thing I ever put in my mouth. It burned in the way your nose would burn after puking out your nose. We some how chocked the rest of it down bc we where desperate not to have a hangover and bc they where $5 a bottle. In the end …, it didn’t even work. Still had a hangover.”

Final Words on Before Elixir

Before Elixir wants to be the one-stop cure-all for all your hangover and redness/flushing needs. It makes use of research-supported ingredients together with a good dosing of vitamins and minerals all of which helps your liver do its job faster and at a more efficient rate.

However great it is, we just can’t find any justification for its price point. The common forms of ingredients are good enough, but the company sells Before Elixir like it contains concentrated forms of everything.

We’re on the fence with this one. If you can afford it, buy it. Then again, why not just buy a better hangover drink with the same amount of money?

If all else fails, maybe you need to help it work. How about some hangover pills to go with your hangover drink?

Getting Rid of a Hangover