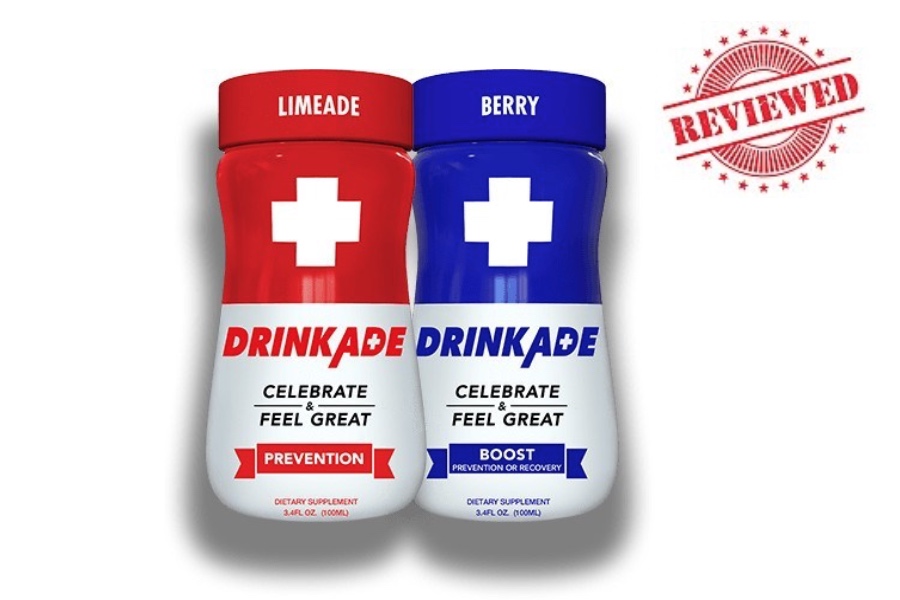 Drinkade is one of the first hangover prevention drinks to come on the market.

With so many new products coming onto the market, we thought it’s a good time to put Drinkade to the test to see where their products stand against the newer competitors.

If you’re someone who suffers badly with hangovers, chances are you’ve tried every trick in the book to try and prevent them from happening.

Hangover prevention supplements like Drinkade may be the solution to your problems.

But does it actually work?

In this article, we’re going to take an all-round look at Drinkade with particular focus on their ingredients formula to see whether it’s worth investing in.

Drinkade used to be called “Never too hungover”.

They give the following reason for rebranding on their website: “we changed our name from Never Too Hungover to DrinkAde to better represent the positive essence and values of our brand.”

It was a strange choice of name and you can probably work out the real reason why they decided to change it.

They’ve been around since 2007 and partnered up with members of the Maloof family who are successful US entrepreneurs to expand in 2013.

As a result, Drinkade is one of the best-established hangover prevention supplements on the market.

Although they have changed their brand name and design, they kept their original formula.

Does this mean their product is outdated?

That brings us onto the next section of this Drinkade review as we take a closer look at the formula to see whether they’re able to keep up with the latest products. 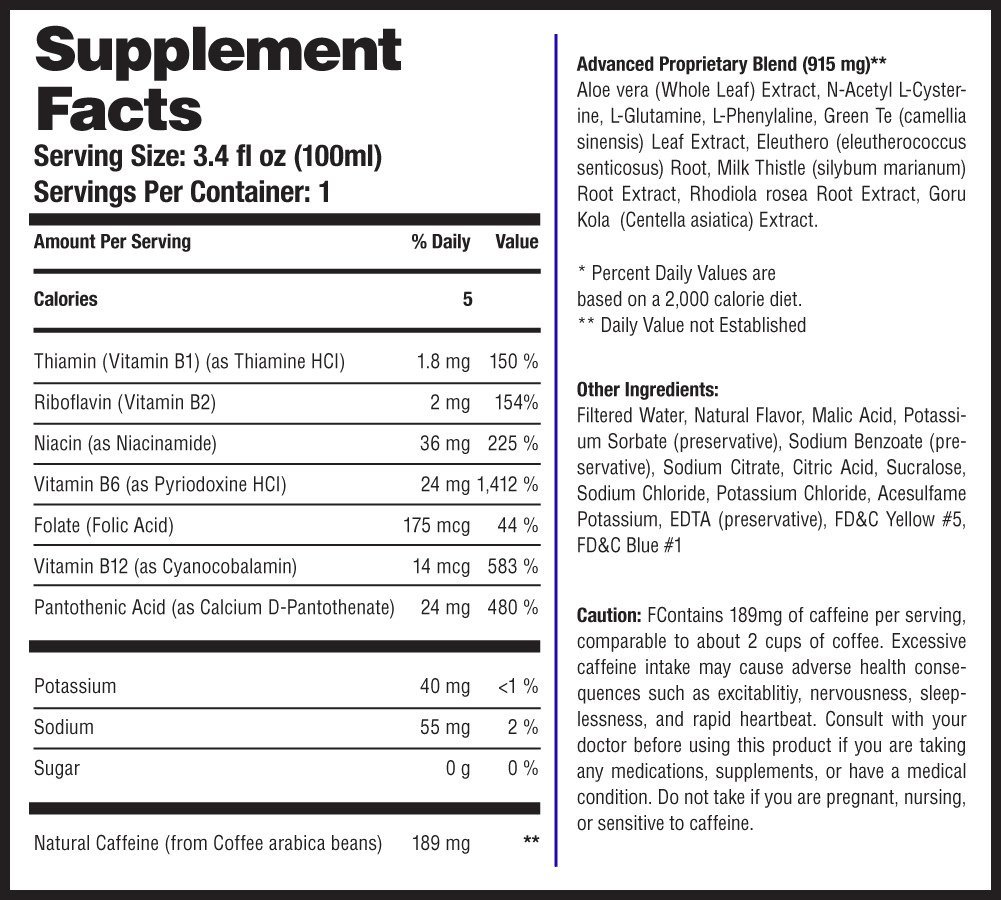 The difference between the two is that Boost contains caffeine whereas recovery does not.

Rhodiola Rosea is a well-known adaptogen – a herb with anti-stress properties. We see why DrinkAde used Rhodiola Rosea as it’s been shown to generally calms the mind and can be useful in hangover related anxiety.

DrinkAde says this helps your livers detoxifying power. While there are studies which have shown that aloe vera has antioxidant and anti-inflammatory properties we’re more concerned about its potential side effects.

A study published 2005 reports a case of hepatitis after consumption of 500mg of daily aloe vera supplements.

It’s unlikely you’ll have any problems with Drinkade as it’s not designed to be a daily supplement and you’re only meant to take it when drinking alcohol.

As expected from a hangover drink, we have good amounts of vitamins and minerals all aimed to replenish lost stores. B-Vitamins are essential for regenerating the enzymes in your liver that are responsible for breaking down alcohol.

NAC’s main benefit is restoring glutathione stores. Why is this important? Glutathione is your body’s primary antioxidant and helps protect your liver from oxidative damage. We don’t know how much NAC is included as it’s in the proprietary blend.

The active ingredient is silymarin. It offers liver-protective properties and is widely used in a lot of liver supplements. Its perceived health benefits have been attributed to its antioxidant properties.

Drinkade boost has 189mg of caffeine in it. This is equivalent to two strong cups of coffee. high doses of caffeine may not be to everyone’s liking.

Drinkade has a great selection of ingredients. There are a few others we also like to see normally.

The new products on the market have built their hangover remedies around this ingredient. The reason is, it’s been shown to increase the rate your liver breaks down alcohol.

We always like to see the inclusion of ginger because it’s a natural anti-sickness remedy that works. Nausea is one of the main symptoms of a hangover and anything that can reduce its severity should be included.

Aside from its immune system boosting properties, vitamin C is also a great antioxidant and can help clear some of the toxic by-products produced from alcohol metabolism

What does Drinkade taste of?

There are no other flavour options.

How do you take Drinkade?

The manufacturers suggest taking either a Drinkade boost or prevention before your first alcoholic drink.

They also recommend having a Drinkade boost the morning after as it has caffeine in it which will make you feel more alert.

As mentioned earlier, caffeine can have detrimental effects when hungover. It’s also a diuretic which means it makes you urinate more fluid than you are consuming. Therefore it could make you more dehydrated than you already are.

Drinkades main formula is all-natural so should have a low side effect profile.

That being said, they include a lot of preservatives which have been linked to long term negative health outcomes.

If you’re thinking of taking Drinkade boost, the high caffeine concentration could leave you feeling more on edge and exacerbate dehydration.

There are many happy customers who feel that Drinkade definitely works for them.

Hangover prevention supplements like Drinkade are designed to support your recovery and are not miracle cures.

If you’re planning on getting wasted and waking up hangover-free with Drinkade, you’ll be left very disappointed.

Common sense still applies and practical measures such as drinking plenty of water and eating a meal before going are important to prevent the worst hangovers.

You’ll also want to consider that Drinkade is more difficult to travel with compared to hangover pill supplements. As you can imagine, it may not be ideal carrying 6 bottles of Drinkade with you on an aeroplane.

That brings us to the end of our Drinkade review.

Drinkard is one of the most popular hangover drinks on the market with a solid reputation and customer base.

If you’re interested in this topic, follow the link below for our pick of the best hangover pills on the market.

Waterboy for Hangovers Review – Does it Work?