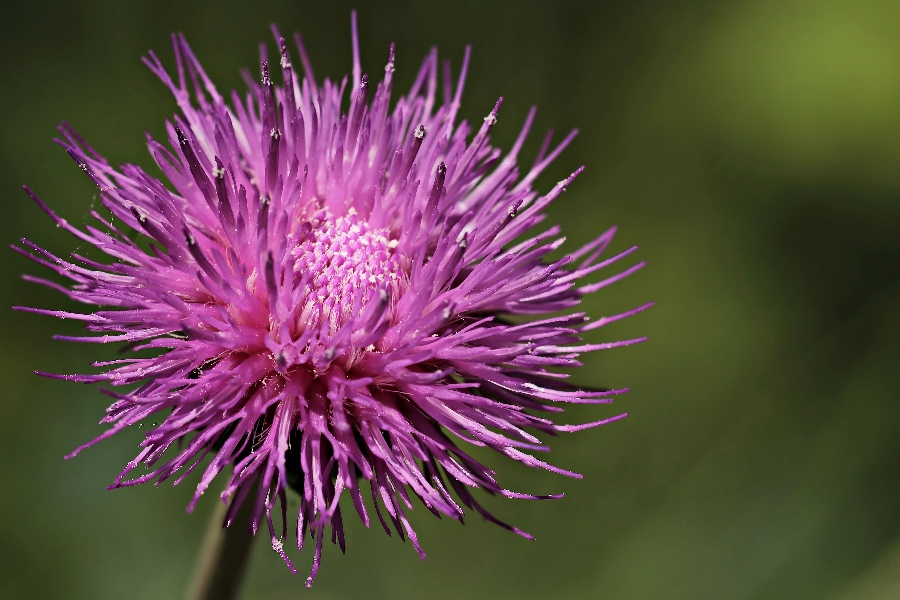 Milk thistle is arguably one of the best known natural hangover remedies around. You’ll find it included as a main ingredient in practically any liver health supplement you come across.

Natural health remedies and alternatives to medicinal products are very popular nowadays as people continue to look for that all-elusive hangover cure.

But is milk thistle actually good for hangovers?

In this article we’re going to look at everything there is to know about milk thistle and evaluate the science to see whether it works as a hangover remedy.

What is milk thistle?

The active ingredient in milk thistle is called silymarin and a typical extract contains around 4-6% of this.

Silymarin is a flavonoid that is thought to have antioxidant and anti-inflammatory properties.

Studies report that this effect is primarily due to the fact that the flavonoids in milk thistle neutralize free radicals.

It’s fair to say that most of the research carried out into milk thistle has been on alcoholic and fatty liver disease.

Several studies on these diseases have shown improvement in liver enzyme levels. However, it’s important to note that the significance of these improvements is still under debate.

Next up, we’ll look at how milk thistle is thought to work for hangovers.

Is milk thistle good for hangovers?

To understand whether milk thistle is good for hangovers, we first need to understand how alcohol affects your body in the first place.

Firstly, alcohol is a diuretic which means it makes you pee out more urine than normal. This leads to dehydration. In addition to this, alcohol negatively impacts your sleep quality which means you won’t be fully rested even if you sleep the same number of hours.

These factors aren’t changeable unfortunately and are unavoidable consequences of drinking alcohol.

Drinking also produces toxic by-products such as acetaldehyde which are highly reactive molecules. Furthermore, darker colored drinks contain more congeners that are well-known to cause inflammation and worse hangovers.

The antioxidant and natural chemicals in milk thistle are thought to neutralize some of these by-products and subsequently reduce hangover severity.

But are there any research studies to prove this?

What does the research say?

Unfortunately, at the time of writing, there have been no studies looking at milk thistle for hangovers specifically.

Most of the research has only been on various forms of liver disease as mentioned previously.

That being said, many people around the world swear by its use as a hangover cure.

In fact, there are several hangover pills on the market that include milk thistle as one of their key ingredients. Many of which have thousands of happy customers.

How to take milk thistle for hangovers

The active ingredient in milk thistle, silymarin, is poorly absorbed from your gut. Therefore, if you’re going to get any decent doses of it, you’ll want to consider going for a concentrated extract.

Most of the good supplements on the market contain at least 150mg of milk thistle with standardized extracts.

What this means is that they guarantee a certain percentage of silymarin which is very important.

It’s important to appreciate that not all supplements come the same and going for a supplement with standardized extracts is crucial to ensure good value for money.

When to take milk thistle for hangover prevention?

The most important thing when it comes to taking milk thistle is timing.

Taking milk thistle in the morning after a night of drinking is pointless. The reason being, by the time you wake up hungover, it’s already too late. The damage is already done.

The best time to take milk thistle for hangovers is before your first drink and straight after your last.

This is because it allows milk thistles active ingredients to work and support your liver as soon as the toxic by-products of alcohol metabolism are produced.

In fact, this is the way any hangover preventing natural ingredients should be taken.

Seeing as there are no studies testing milk thistle for hangovers, the dosages recommended are based on currently accepted levels from widely available supplements.

In animal studies, doses equivalent to 2500-5000mg have been given with no side effects which is somewhat reassuring.

However, animal studies can’t be compared directly to humans.

In Europe, milk thistle is actually regarded as a medicinal herb. Manufacturers have to have a traditional herbal license to be able to produce and sell it.

This is likely due to its higher side effect profile. Commonly reported ones include, nausea, abdominal discomfort, diarrhea, and allergic reactions.

These side effects are actually common to most herbal supplements on the market.

That being said, generally speaking, milk thistle is regarded as safe to take at normal doses.

If you’re pregnant or taking any prescribed medications, it is always best to consult your physician before taking any supplements as it could cause problems.

Is milk thistle a hangover cure?

A hangover cure suggests that you take something which completely resolves all the after-effects of drinking alcohol.

Unfortunately, this doesn’t exist and is unlikely to ever do so. Therefore, milk thistle is not a “hangover cure” per se.

At the end of the day, alcohol is a toxin that will have negative effects on your body during periods of over-indulgence.

Hangovers are a sign from your body that you’ve probably had too much for your liver to handle.

Sticking to the basics is always key to preventing the worst hangovers. Drinking plenty of water and having a meal before going out as well as drinking within your limits covers most of the battle.

Supplements like milk thistle could support your normal liver function, however, they’re no miracle hangover preventer.

That brings us to the end of our look into milk thistle for hangovers.

There are many studies that have shown milk thistle to improve liver function in certain disease processes.

At present, there are no good studies looking at milk thistle for hangover symptoms only. Therefore any evidence that it is beneficial is anecdotal from customer reviews at best.

But generally speaking, reviews of milk thistle as a hangover remedy are pretty good and combined with other ingredients it could be even better.

How To Prevent a Hangover: Your Ultimate Hangover Prevention Formula