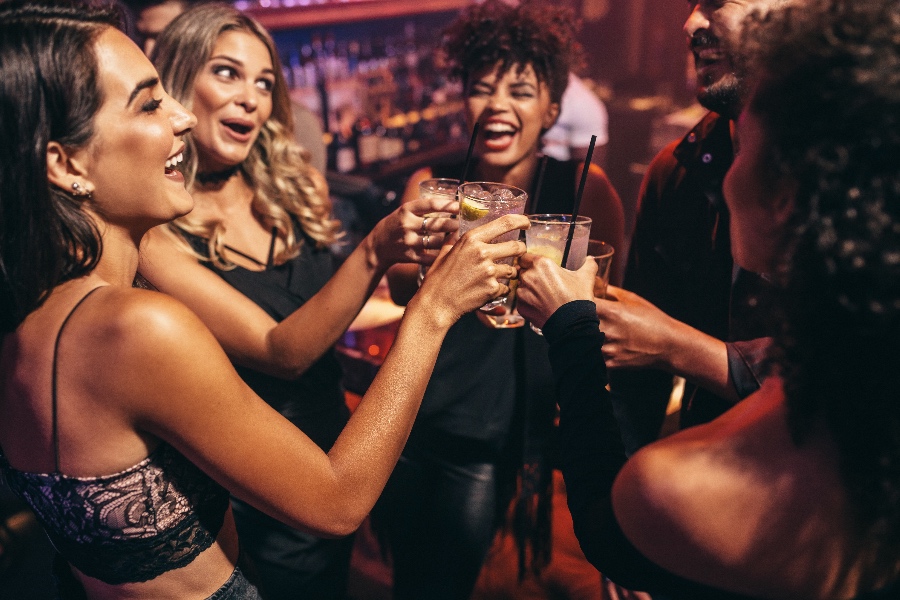 Did you know that the first recorded toast in England took place in 450AD? (1)

It took place at a feast for the British King Vortigern. Renwein, the daughter of the Saxon leader, presented a goblet of wine to the British king with the words, “Louerd King, waes hael!” (meaning “Good health!”)

Legend has it the king was so enamored that he proposed marriage on the spot, but that’s another story for another time.

This may be the first recorded incident of a toast, but it’s a tradition that spans the globe. From Europe to far-flung corners of Asia, there’s a way to say cheers in different languages around the world.

Would you like to learn more about how to say cheers in different languages? You’re in the right place.

Read on to learn 32 different ways to say cheers—in whichever country you happen to land in!

Wherever you’re traveling, there’s a way the locals say cheers. Here’s our round-up of how to make a toast or say cheers around the world.

If you find yourself in sunny South Africa, you’ll appreciate knowing how to say cheers in the common language.

Before you kick back a glass of Albanian raki (grape brandy), make sure you get the salutation right first.

You may not be able to write it in Arabic (without a little practice), but you should at least know it means “good luck.”

Practice your Armenian toast before sampling a sip of Artsakh, the nation’s famous mulberry vodka.

Although Azerbaijan is a Muslim country, alcohol is widely available. Try a bottle of Xirdalan, their locally brewed beer.

Newsflash: Bosnians party hard and love to drink—mostly because it’s so cheap. (2) Practice how to say cheers in Bosnian before you travel!

From fermented fruit liquors to fine wines, Bulgarians know how to have a good time. Do you think they know it takes 600 grapes to make one bottle of wine?

It’s been called Myanmar since 1989, but the people of this Southeast Asian land are still known as Burmese. Mandalay beer is their local brew, along with plenty of whiskeys and rums.

If you visit eastern Spain or southwestern France, don’t be surprised to hear the locals speaking Catalan, another Latin-based language. Do make sure you’re prepared for some of the best (and cheapest) wine you’ve ever tasted! (3)

Don’t worry if you don’t get the tone right. After a few glasses of Baijiu (the most consumed liquor on earth), no one will notice anyway. (4)

Croatians say cheers with an expression that means, “Let’s live!” We’ll drink to that!

Calling all beer lovers! Get on a plane and get to the Czech Republic stat, where they consume more beer per capita than any other nation. (5)

Visit the Netherlands and order an advocaat, the European ancestor of Amerian eggnog. Brandy, eggs, and sugar never tasted so good.

Put this on your “need to know” list while visiting France—don’t break eye contact between the toast and your first sip. The French believe you’ll be cursed with 7 years of bad sex!

No list of cheers in different languages would be complete without a nod to the fun-loving Germans. Meet them in a Biergarten and get ready to get your drink on.

You’re sure to enjoy a glass or ten of licorice-flavored ouzo while you’re in Greece. Just don’t smash any plates afterward, as that tradition is now highly discouraged (or even banned) in many restaurants. (6)

Would you expect anything less than a beautiful way to say cheers from the island that brought us Mai Tais and Pina Coladas? Some say the colorful rum concoctions were inspired by the colors in the Hawaiian sea and sky.

You won’t be able to leave Israel without sampling their potent, licorice-flavored arak liquor. Mix it with your favorite juice or soft drink and you’ll be saying cheers in Hebrew in no time.

From whiskey to beer to coffee (and everything in between), there’s nothing the Irish won’t drink. Blend in like a local by practicing a little Gaelic before you arrive.

Italy is synonymous with wine, but did you know it also set the standard for the 750ml bottle? That’s the average lung capacity of a glassblower, who could make a bottle with a single breath of air! (7)

The nightlife in Tokyo is insane, but what else would you expect in the world’s most densely populated city (over 37 million people)? (8) Live it up with sake, beer, plum wine, or one of their other famous fermented beverages.

If you find yourself on the wild steppes of Mongolia, be prepared for one of the strangest drinks you’ll ever try. Mongolians love their koumiss, made with fermented mare’s milk and served warm with yak butter. (9) (Bonus points if you finish an entire glass!)

Their winters may be long, but the Norwegians keep plenty warm with an array of beers, ciders, and vodka. Learn how to say cheers in Norwegian the next time you pass through!

The Polish are so proud of their vodka they’ve dedicated a museum to it. It’s the perfect place to tour before or after indulging in a glass yourself.

Sipping a glass of port wine at the seaside in Portugal is an experience you’ll never forget, even if you can’t remember how to say cheers in Portuguese. (Bonus tip: In Brazil, they say “Felicidades” instead).

What do you do when it’s dark for six months out of every year? Drink a lot (of vodka), of course! Don’t worry if you can’t say it right—everyone will appreciate your effort.

With 460 million native speakers around the world, you’re never far from someone saying cheers in the Spanish language. Practice your Spanish so you can join them next time!

How do you say cheers when you’re in the Philippines? Practice this word while knocking back a bottle of San Miguel.

It’s one of the hardest languages in the world to master, but you can at least join your new Thai friends in a celebratory toast. Your Thai is likely to improve with each successive bottle of Leo, Chang, and Singha beer.

If you’re saying cheers in Ukraine, you’re probably drinking horilka, the nation’s national liquor. It’s distilled from grain, potatoes, or occasionally chili peppers, making it live up to the meaning of its name—”burning.”

No matter where you are in the world, there’s a way to say cheers in different languages.

The exact words may be different, but the spirit is the same. “Cheers” in any language implies a spirit of celebration and well-wishes for all in attendance.

So the next time you travel and enjoy a popular local drink, refer back to this list of words for cheers. You’ll be toasting and saying cheers in different languages before you know it!

Of course, all that drinking and toasting (in any language) can leave you with a headache the next day. Don’t let that happen to you!

L-Theanine and Alcohol: Uses,Benefits and Safety