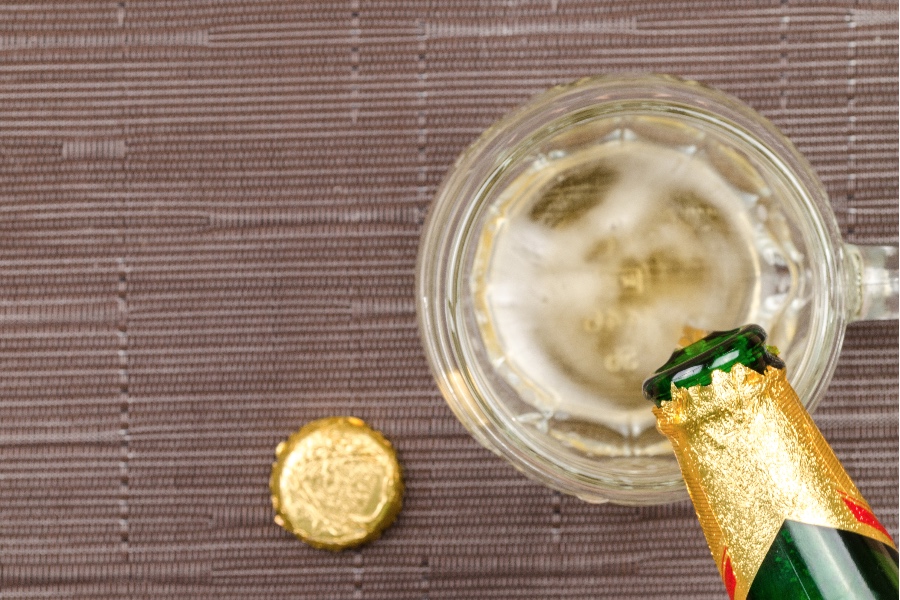 A quick search online will show up many different hangover cures that people have passed down from generation to generation.

Ginger ale is one such drink that is supposedly good for hangovers.

There are so many myths and rumors when it comes to hangover cures that it’s often hard to sieve out the truth from the fads.

But which group does ginger ale for hangovers belong to?

In this article we’re going to look at exactly what’s in ginger and whether it contains anything that may be beneficial for hangovers.

What is Ginger ale?

Ginger ale is basically a carbonated (fizzy) soft drink with a splash of ginger in it. It’s actually originally an invention out of Ireland and commonly used as a mixer with spirits like whiskey.

Originally, ginger ale was made by adding yeast to a mixture of ginger and sugar. Hence it would turn out to be an alcoholic beverage as a result of the fermentation process.

Nowadays, however, ginger ale purchased from your local store is non-alcoholic and therefore not technically an “ale” at all.

So what’s actually in ginger ale?

Looking at the ingredients we can see it’s made up of:

Next up, we’ll look at whether any of these ingredients in ginger ale good for hangovers.

Is ginger ale good for hangovers?

To understand if ginger ale is good for hangovers, we first need to go over how alcohol affects your body in the first place.

Hangover symptoms are caused by a culmination of mechanisms including dehydration, poor sleep quality and the toxic effects of alcohol and its by-products.

These by-products include acetaldehyde and congeners which are thought to worsen hangover severity.(1)

In normal circumstances, your liver utilizes antioxidants to neutralize these by-products before they cause too much damage.

However, during periods of over-indulgence this system is pushed over the edge.

The only ingredients in ginger ale that could have antioxidant like properties include fructose and citric acid.

Fructose
Fructose is the main sugar found in fruit. Interestingly, it has been shown by one study to increase the rate of alcohol clearance from your bloodstream by up to 80%.

Another study found that fructose has been shown to improve some of the metabolic abnormalities that occur when drinking.(2)

That being said, these were very small scale studies with, generally speaking, poor levels of evidence.

Citric acid
This is the acid found in many citrus containing fruits that gives them their sour and bitter taste.

It’s well known to have antioxidant properties and if you remember earlier we mentioned antioxidants neutralize free-radicals.(3)

But again, there are no studies looking at citric acid and alcohol-related hangovers.

Unfortunately, ginger ale doesn’t actually contain much ginger which would have made this drink much more useful. Ginger has been used traditionally to settle upset stomachs and it’s a well known natural anti-sickness remedy.

The bottom line: Ginger ale should be regarded as a soft drink like soda with negligible nutritional value.

When to drink ginger ale for hangovers?

Whether ginger ale is good for hangovers is up for debate, but whatever effect it may have will be very small.

If ginger ale is going to have any positive effect, the best time to drink it is during your night out. Perhaps the added citric acid will be able to have some benefits. Although, it’s important to reiterate that whether it works is highly questionable.

Drinking ginger ale in the morning when you’re already hungover is probably even less beneficial. Fizzy drinks, in general, can upset an already delicate stomach.

What about ginger beer for hangovers?

On the other hand, ginger beer is meant to have a much spicier taste than ginger ale, but this depends on which brand you decide to buy from.

When it comes to ingredients, they are practically the same and therefore one will not be better for hangovers over the other.

Unless you’re allergic to any of the ingredients in ginger beer or ginger ale, it’s unlikely you’ll experience any side effects. At the end of the day, it’s just another soft drink.

The fact that ginger beer is a carbonated drink can unsettle your stomach when hungover.

The important thing to realize is that ginger beer can be full of sugar and packed with calories. Depending on the brand you decide to go for, it could contain up to 125 calories per bottle. That’s not too dissimilar from a can of coke.

When it comes to hangovers, sticking to the basics is essential for preventing the worst symptoms.

Hangovers are a sign from your body that you’ve probably had a little too much to drink for your body to handle. In addition, keeping well hydrated and having a meal before you go out is key.

That brings us to the end of our look at ginger ale for hangovers.

It really isn’t much different from any other fizzy drink you may buy. It’s carbonated water, sugar and a touch of ginger essence.

Ginger ale is highly unlikely to work as a hangover cure. The same goes for ginger beer which is a very similar drink.

If you’re interested in natural hangover remedies, check out our article on the best vitamins and amino acids for a hangover.

Sauna For a Hangover – Does it Help?