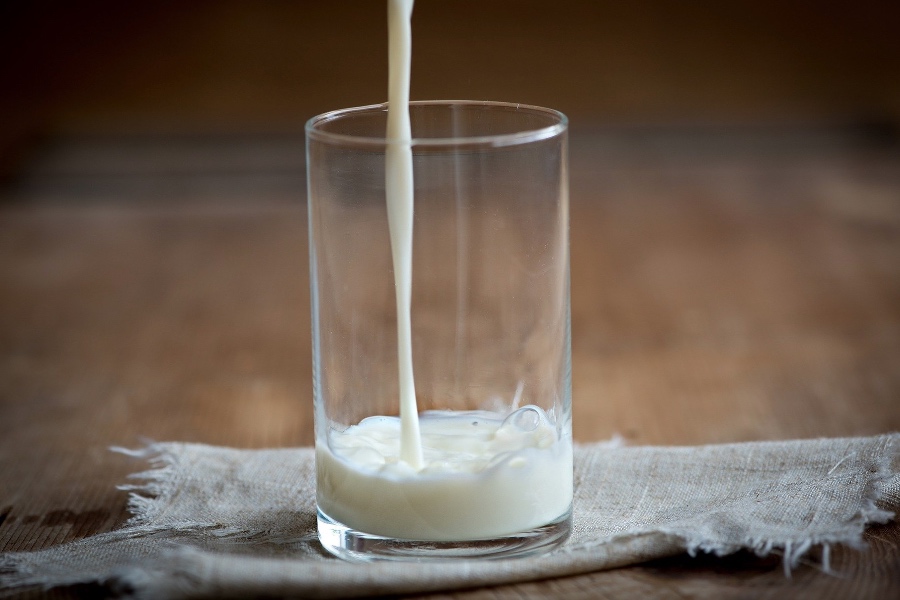 Does milk help hangovers? If you’ve landed on this page, chances are you’ve had a few too many at happy hour and are hoping that milk is going to help reduce your hangover symptoms.

But does milk actually help with hangovers?

You’ve probably heard of loads of different hangover remedies. And let’s be honest, most of them don’t work that well. With so many hangover cure myths, it’s hard to know what will actually help.

In this article, we’re going to take a closer look at whether milk helps with hangovers. Both for hangover prevention and as a remedy. To do so, we’ll look at the nutrients in milk to see whether it contains any benefits for a hangover.

Nowadays, you’ll find several different types of milk available on the market. We’re going to focus on cows milk in this

For most of us, milk is a tasty drink we don’t really think about before consuming. So, what does a cup of full-fat milk contain?

The main protein in milk is casein which is hailed for its health benefits.  One important property of casein is its ability to increase the absorption of minerals, such as calcium and phosphorus. There are some studies that have shown casein can lower blood pressure as well.(2)

Aside from casein, milk also contains the following nutrients in high concentrations.

So, we know that milk contains several different nutrients. But do any of them help with hangovers? Next up, we’ll look into the causes of a hangover before answering whether milk helps hangovers.

Before we answer the question: does milk help with hangovers? we first need to go over how alcohol causes hangovers in the first place. This way, we’ll be able to see clearly whether the nutrients in milk will have any benefits for a hangover.

Firstly, alcohol is a diuretic which means it makes your kidneys push out more water than needed. You’re probably all too familiar with this phenomenon. Once the seal has been broken, you can’t stop peeing. That’s because alcohol blocks the production of a hormone in your brain called ADH.

Secondly, alcohol significantly disrupts your sleep quality. If you’ve had a few drinks, you’ve probably noticed that you wake up several times in the night. That’s because alcohol prevents your brain from reaching the REM stage of sleep. As a result, sleep while alcohol is in your bloodstream is light and easily disturbed.

Finally, one of the main causes of a hangover is inflammation. Your liver breaks down alcohol to produce toxic by-products that react with your cells. Hangover headache and muscle aches are partly caused by inflammation.(3)

The bottom line: Hangovers are caused by dehydration, poor sleep quality, and inflammation to mention a few. If milk is going to help hangovers, it’ll need to mitigate some of the negative effects of alcohol.

So, now on to the all-important question. Does milk help hangovers?

Aside from the fact that milk is a refreshing drink, it doesn’t really contain much that would be relevant to hangover recovery.

For example, Vitamin D and calcium are important for bone health and not really affected by hangovers. milk also contains high concentrations of vitamin B12 which many hangover supplements include in their formations. However, there is no evidence that vitamin B12 is good for a hangover.

That said, 80% of milk is water so it’s a great way to rehydrate if you find drinking milk more palatable when hungover.

The bottom line: If you’ve woken up with a hangover, it’s unlikely that milk will have any great benefit. Aside from the fact it contains some fat and sugar which will help with energy levels.

You may have heard that drinking milk before going out to “line your stomach” helps prevent hangovers.

Although not completely correct, there is some scientific basis for this statement. That’s because drinking alcohol on an empty stomach increases how fast it’s absorbed. But if you’ve got fat or carbohydrate in your stomach (i.e if you’ve been drinking milk), it should, in theory, slow down how fast alcohol is absorbed. (4)

In fact, research has shown that eating just about anything before drinking alcohol will achieve this. And, eating a meal before going out is probably better than drinking milk. The reason is, milk is fluid and will pass through your gastrointestinal tract much faster than solid food. (5)

The bottom line: Milk doesn’t “line your stomach”. Instead, the fat and carbohydrate in it slows down the absorption of alcohol.

When to drink milk for hangovers

I think you’ve probably guessed by now that we don’t think milk is going to be particularly helpful for a hangover. However, you may still want to try it anyway.

If it’s going to be helpful in any way, it’ll probably be before you start drinking. As we mentioned above, drinking on an empty stomach means that alcohol is absorbed into your bloodstream rapidly. Peaks and troughs in blood alcohol concentration wreak havoc on your insides. The fat and carbohydrates in milk will help slow down the absorption of alcohol.

However, eating a meal will probably have the same, if not superior benefit.

Is it bad to drink milk after alcohol?

The quick answer to this is no. It’s not bad to drink milk after drinking alcohol.

Alcohol does not interact with milk so it shouldn’t cause a problem. Some people prefer to avoid dairy after drinking alcohol, simply because it’s more difficult to digest than a non-dairy drink. But there is no real reason why drinking milk after alcohol would be bad for you.

There are plenty of alcohol drinks that use a splash of milk. For example, the good old white Russian is often made with cream or milk.(6)

That brings us to the end of our look into whether milk helps hangovers or not.

The short answer to the question is that milk is unlikely to be helpful when hungover. Aside from the fact that it’ll give you a little sugar and fat boost as well as provide you with some hydration. But that’s nothing that having orange juice and some breakfast can’t achieve.