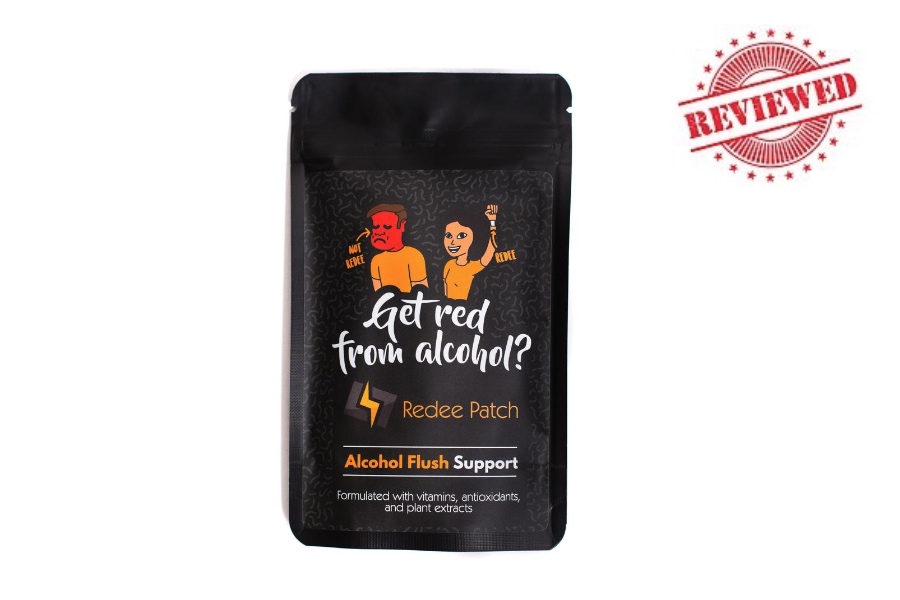 Redee Patche is designed to prevent asian flush reaction. If you’re someone who suffers from asian flush, you’ll know all about the negative symptoms that are associated with it.

The most common of which include headache, nausea and developing red cheeks and skin (the flush reaction).

Asian flush prevention supplements are common nowadays and there are several companies that claim to have the most effective product.

Seeing as there are so many products to choose from nowadays, we thought it’s a good time to put Redee Patch to the test.

With the introductions out the way, let’s get straight into our review of Redee asian flush prevention patch.

There’s not much information on their website with regards to the origin and story behind the invention of Redee Patch. But we do know that they’re based in the USA and their product is manufactured in Ohio.

A quick look at their website shows that they’re pretty confident in their product with claims that it’s guaranteed to work.

They also have several 5-star reviews on their homepage to reinforce their message.

How does Redee Patch work?

To understand this question fully, we first need to cover what causes asian flush and to do this we need to explain how alcohol is broken down by your liver.

When you drink, alcohol is metabolized by your liver to produce waste products which are then removed from your bloodstream.

One of the most problematic ones is called acetaldehyde.

This is a highly reactive substance that rapidly breaks down to form free radicals.

Free radicals react with cells they come into contact with which wreaks havoc on your insides.

People with asian flush lack an enzyme called ALDH2 which safely breaks down acetaldehyde to a less toxic substance.

Therefore you get a build-up of acetaldehyde which causes the typical asian flush symptoms which include flushing, nausea, vomiting and headache.

Hangovers and asian flush share a common cause and that’s why most of the symptoms are very similar. However, in asian flush, the symptoms occur after only small amounts of alcohol and are more severe than a standard hangover.

You can read more about asian flush in our comprehensive guide.

Redee Patch is designed to work by supplying your liver with the raw materials it needs to clear as much acetaldehyde from your body as possible.

But does it actually work?

Next, we’ll cover each ingredient, in turn, to see if they have any asian flush preventing properties.

Let’s begin this important section by taking a look at the actual ingredients formula of Redee Patch as printed on the packaging. 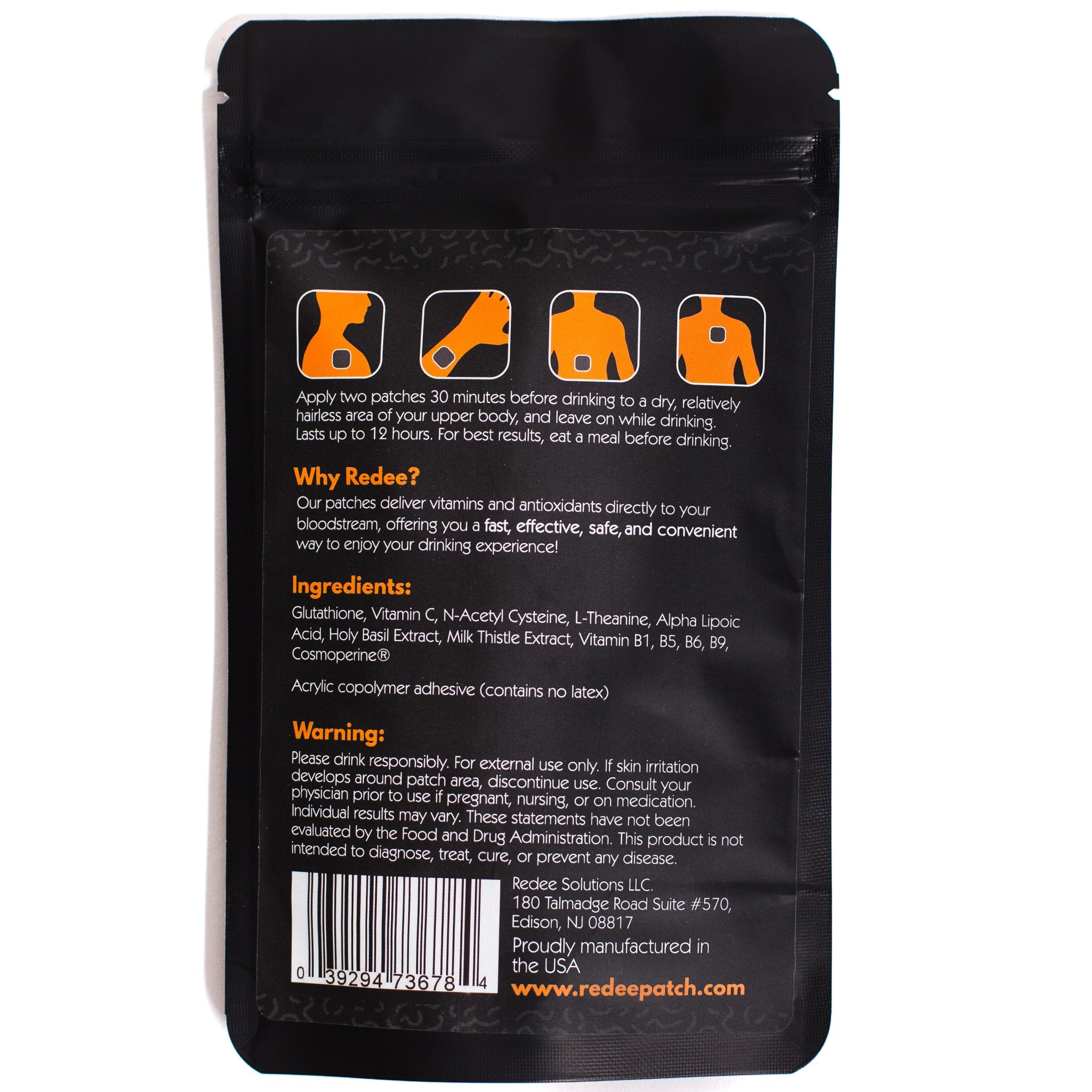 The first thing we notice is that they don’t have the actual amounts of each ingredient labeled on their packaging which is very strange.

To the best of our knowledge, this is a legal requirement by the FDA. Putting this important point aside,  let’s now start taking a close look at some of the actual ingredients in Redee Patch.

Glutathione is known as the body’s master antioxidant because it’s the most powerful of all. It clears up free radicals from your bloodstream to prevent oxidative damage.

NAC is used by your liver to produce glutathione. Most asian flush prevention supplements use NAC instead of glutathione in their formula. This is because studies have shown that glutathione isn’t well absorbed in its full form.

You’re probably more familiar with vitamin C and its benefits for your immune system, however, it’s also a well-known antioxidant and clears free radicals before they cause damage.

This ingredient is extracted from green tea leaves and has been shown to increase brain alpha waves which calm the mind. Hangovers are commonly associated with feeling anxious and on edge and therefore L-theanine is a potential solution.

This amino acid is another powerful antioxidant and is essential in at least five enzyme systems involved in metabolism of alcohol.

Milk thistle has been used for centuries as a hangover remedy because of its liver boosting properties. You’ll find it in most liver health supplements because it has anti-inflammatory properties.

Most asian flush prevention remedies include B vitamins because they’re important in regenerating the enzymes which break down alcohol in your liver. Redee Patch, however, misses out vitamin B2 and B3 from their formula which is disappointing.

There are a few ingredients we also like to see in similar products.

Recent research has shown DHM increases the rate of alcohol breakdown by your liver in a system independent of the ALDH2 pathway. We always like to see it’s inclusion for this reason.

One of the main symptoms of asian flush is nausea. Ginger is one of the most research-backed natural anti-sickness remedies.

Vitamin B2 and B3

Redee Patch includes most of the B vitamins you’ll want however we’re not sure why two of the most important ones are missed out.

Does Redee Patch have any side effects?

The ingredients in Redee Patch are all natural and they also use adhesive which is not made from latex therefore you’re unlikely to experience side effects.

That being said, everyone is different and some people will still experience local skin reactions to the adhesive substance used stick Redee to your skin as well as some of the ingredients in the patch.

Therefore it’s always important to read the label carefully and discuss with your doctor if you’re not sure.

So that’s all for our Redee Patch review.

Redee is probably one of the best-known Asian flush patches on the market.

Generally speaking, all supplements for Asian flush are not miracle cures and any benefit seen will be limited. That’s because Asian flush is caused by a genetic mutation in the enzyme that breaks down alcohol. 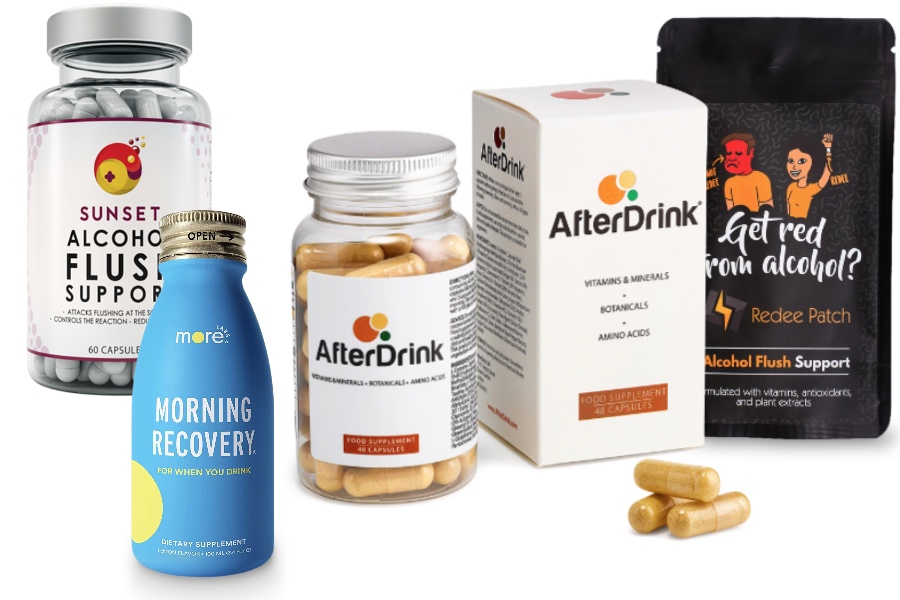 The 4 Best Asian Flush Supplements
Check out our pick of the top four Asian flush prevention supplements available to you right now.

Asian Flush Ultimate Guide : Everything You Need To Know