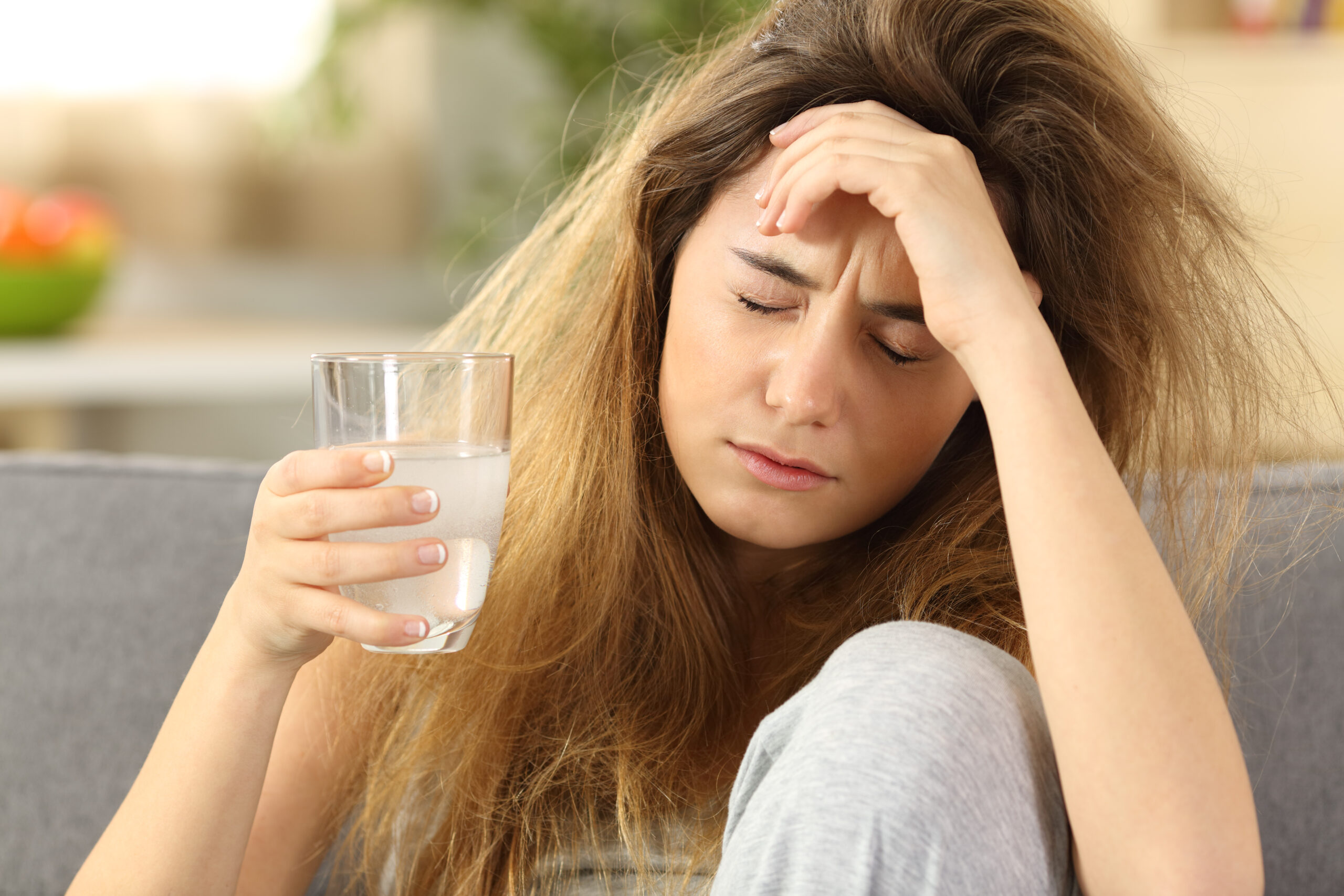 Can You Die From a Hangover?

If you’re here, you’re probably dealing with a pretty bad hangover. We get it, they can feel never ending! The headaches, nausea and overall fatigue are enough to make you feel like canceling plans for the next week, and the rest of your life.

Before you start making arrangements for who will take your cat, don’t worry. You can’t die from a hangover on its own. We trust that since you had the energy to get online and ask this question, you’re going to be just fine.

So, while a hangover can feel like it’s the last thing you’ll experience, it isn’t. With that being said, it’s important to understand what causes severe hangovers that make you feel like you’re dying. We’re also going to cover other potential dangers of drinking alcohol that you should be aware of. Let’s get into it.

What causes a horrible hangover?

First, most people who drink alcohol have a horrific hangover they can remember like it was yesterday. They avoid the alcohol they drank that day, and even the bar they were at. If you’ve got a story like this, you’re in good company.

Severe hangovers are typically caused by drinking WAY too much alcohol for your body. It’s extremely important to know your limits if you intend to drink so this doesn’t happen. If you’re feeling like hot death after a night out, it could be due to:

Have a splitting headache from a bottle of red wine? It’s likely due to high amounts of congeners. Congeners are a byproduct of the alcohol fermentation process and research has linked them to hangover symptoms.

Those congeners may be the reason you’re feeling like death. Darker alcohols such as rum, whiskey and red wine contain higher amounts, which may result in a worse hangover the next morning.

Hangovers are commonly associated with dehydration. This is because alcohol blocks vasopressin from being released, which is the hormone that tells your kidneys to absorb water back into the bloodstream.

So, when you start drinking your kidneys stop absorbing water. This is why you, and everyone else at the bar is waiting in line for the bathroom several times a night. The loss of fluids will result in hangover symptoms the next day, making you feel like you’re going to die.

Did you know sleeping poorly can make your hangover worse? In fact, while alcohol in small doses might make you sleepy, large amounts will cause you to sleep poorly. Drinking alcohol keeps your body from reaching REM sleep, which is what’s needed for proper rest.

If you’re not reaching REM sleep, sleeping is almost pointless. You won’t be well-rested when you wake up. Even a couple of drinks can cause this issue, which will result in fatigue in the morning.

Hangovers mean waking up nauseous, fatigued and with the worst headache you’ve ever head. It’s never fun, and yet we keep going out to the pub! Every hangover is different, so it’s impossible to predict how you’ll feel the next morning no matter how much you drink. The only way to avoid feeling the wrath of a hangover is to abstain from alcohol entirely. If you want to continue drinking but not feel like you’re going to die, make sure to pace yourself.

Can you die from a hangover?

Drinking too much alcohol can also cause cardiovascular events. Research has shown that the chance of blood clots or stroke may increase after binge drinking. This may be linked to the fact that alcohol damages the body, along with pre-existing underlying conditions. If you have a medical condition, please speak with your doctor about how alcohol could affect you.

Think about when you drink the most. Is it around the holidays? You’re not alone. That’s the time of year most people tend to binge drink, and how this condition got its name. Holiday Heart Syndrome causes an irregular heartbeat, which can be due to excessive drinking.

Keep in mind this condition can occur in people who don’t already have cardiovascular problems. If you’re having irregular chest pain, head to the hospital to get it checked.

It’s important to note that these conditions are not caused by hangovers. They are caused by drinking too much alcohol for your body resulting in more permanent damage. If you find yourself drinking to the point of thinking you’re going to die often, it may be time to start drinking less.

What should I do if I feel like my hangover is killing me?

Well, we have some bad news. While the hangover won’t kill you, there’s no cure once it’s happening. You can try every myth in the book, but only time will fix your issue. You can, however, take steps to potentially minimize the death you’re feeling. We recommend:

If you want to avoid a horrific hangover again, make sure to pace yourself while out drinking. Try to drink a glass of water in between alcoholic drinks. Set a limit and stick to it. Avoid darker alcohols with high amounts of congeners, and stay away from shots!

Alright, have we convinced you that you won’t die from your hangover? We hope so. Let yourself rest today and the stomach issues will soon pass. If you’re dealing with ‘hangxiety,’ make sure to give yourself some extra love!

Hangovers are an inevitable part of life if you drink alcohol but they’re not going to kill you. As always please drink responsibly, and have fun!

Hair of the Dog: Why It’s Not a Hangover Cure